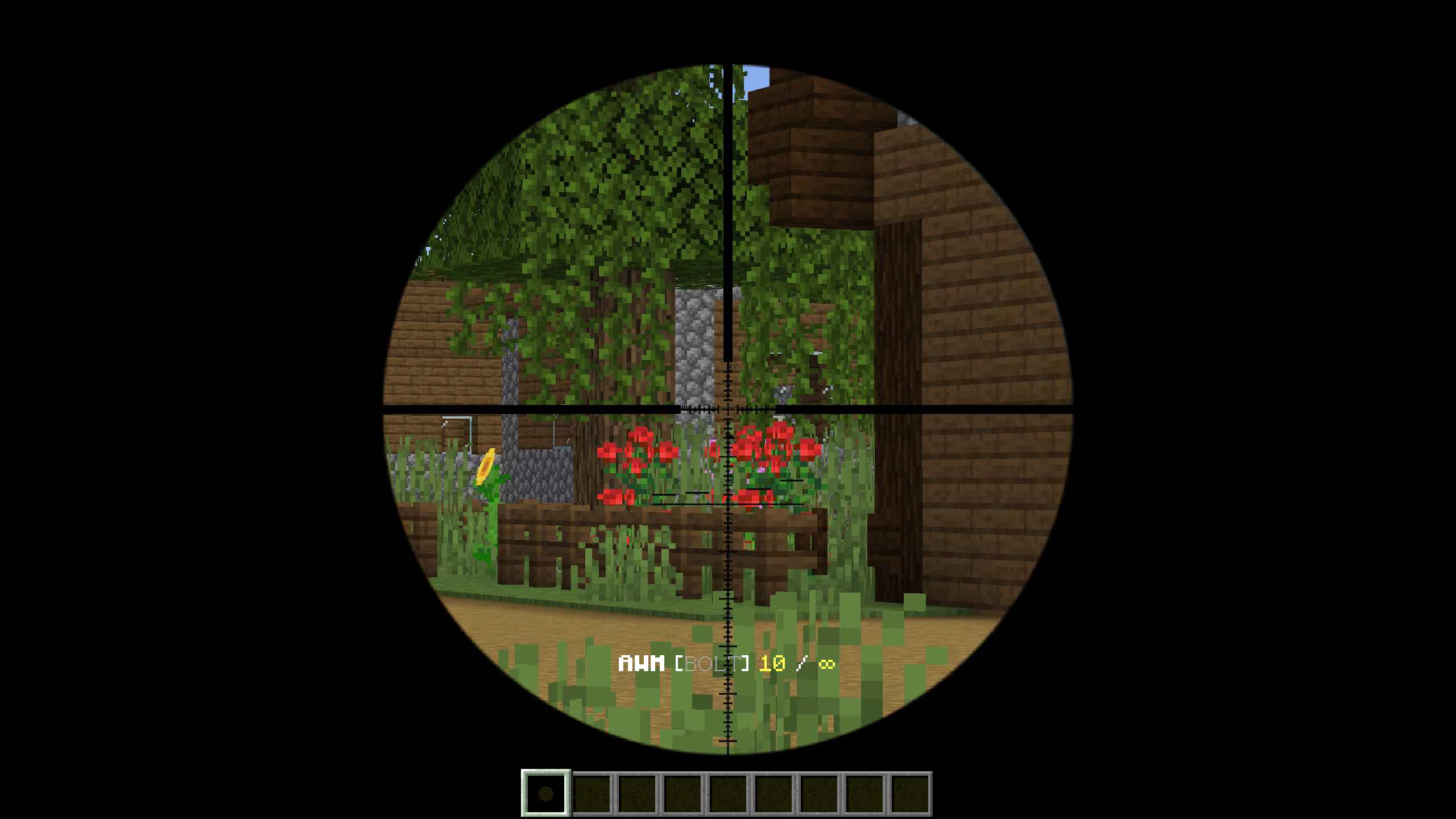 The first part of the 6th Anniversary Update was huge and introduced many radical changes in the game. Some of the changes greatly improved the game while others did not work so well on release. This part of the update aims to tweak and polish the new features and changes introduced in the last update, while also introducing its own quality-of-life improvements and bug fixes.

The resource pack update is being delayed until after Minecraft 1.17’s release on June 8th, so we can make sure that it works on the new version.

In the last update, we reduced the base recoil of weapons in exchange for decreasing the recoil recovery percentage when the player is firing full auto.

While well-intentioned, the change made the first few shots have too little recoil on some weapons. Since the first few shots are the most  predictable, we wanted to revert the base recoil in order to increase the skill required to land them, in exchange for increasing the recoil recovery again to make later shots climb less than before.

What remains unchanged from the last update is that semi-auto and burst modes, as well as firing your weapon in controlled bursts, will still make your recoil recover almost completely to the starting point.

Base vertical recoil of most automatic weapons: increased by ~15%

As a bullpup weapon, the AUG it should have a higher muzzle climb than other rifles, but higher bullet velocity as well. This change makes the AUG more realistic while also being an overall nerf to improve it balance-wise.

This nerf decreases the power of shotguns in mid range while adding a minimum damage limit at long ranges that should not matter much in gameplay, but carries across their true damage dropoff better in the “/loadout stats” GUI, as the damage dropoff curve in GunColony has always been logarithmic and previously led to strange results being displayed in this GUI. The KS-23 with Slug Rounds is not affected by this nerf.

After the last update, we got a lot of complaints about grenade spam which was driven by an increase in the accessibility of grenades in the last update. Players would use grenades to spawn kill with no way for enemies to counter them. This prompted both a direct nerf to grenades, as well as a change to the throwing mechanic to make them harder to spam. As a side effect of these changes, grenades in Mob-Arena and Competitive have been greatly improved as well!

We have received a lot of feedback that ammo was so plentiful in Mob-Arena that it often still felt infinite. We believe that having plenty of ammo is a good feature in Normal mode but that the ammo drop rate should be reduced for Expert mode.

In addition, we wanted to increase the cost of Bonus Loadouts to make them less abusable to get items at a discount.

In addition to tweaking grenades directly, we also want to address other mechanics that players have been able to abuse to engage enemies while giving them next to no chance to fight back. In addition to grenades, this could be done by peeking a corner at a rapid rate, firing a short burst at enemies, and then quickly hiding behind cover again. Due to Minecraft’s inherent rendering delay, this caused the enemy to be unable to react in time. Thus, we have added some penalties to try and disincentivize this behavior.

This penalty is modifiable by attachments and will now be part of the effect of the “Sprint-out Speed” stat on the Stippled Grip Tape. (The existing effect on movement inaccuracy recovery speed is kept, but the effect that allows you to sprint again sooner after firing is removed – it’s “sprint-out speed” and not “sprint-in speed” after all.) The new barrel modifications planned for the next update will also affect Sprint-out Speed.

This change is complementary to the above change. Since hit stun tends to lock you in the air, the above sprint jump penalty would apply for longer if you were hit while midair, rendering the player helpless. To prevent this from happening, the penalty is removed as soon as you receive stun.

This effect is triggered in very specific circumstances: moving at full speed in one direction, aiming down sights for less than 1.5 seconds, then unscoping and immediately attempting to move full speed in the opposite direction. This should never be triggered during normal movement for the vast majority of players.

The scope zoom mechanic in the game has been re-coded, and all zoom values have been revisited. This resulted in the following improvements: