Today is the 7th anniversary of GunColony! This update adds a new Scenario system as well as the ability to log in with offline accounts in case you couldn’t migrate earlier this year.

This update is only the first part of the Anniversary update and it is not as elaborate as previous years. This is because we first had to allocate time to adding the offline support to allow for testing with alt accounts, which prevented us from adding as many features as we hoped. However, now that the testing issue is sorted out, we will be releasing additional parts of the update in the coming days with many more new exciting changes. 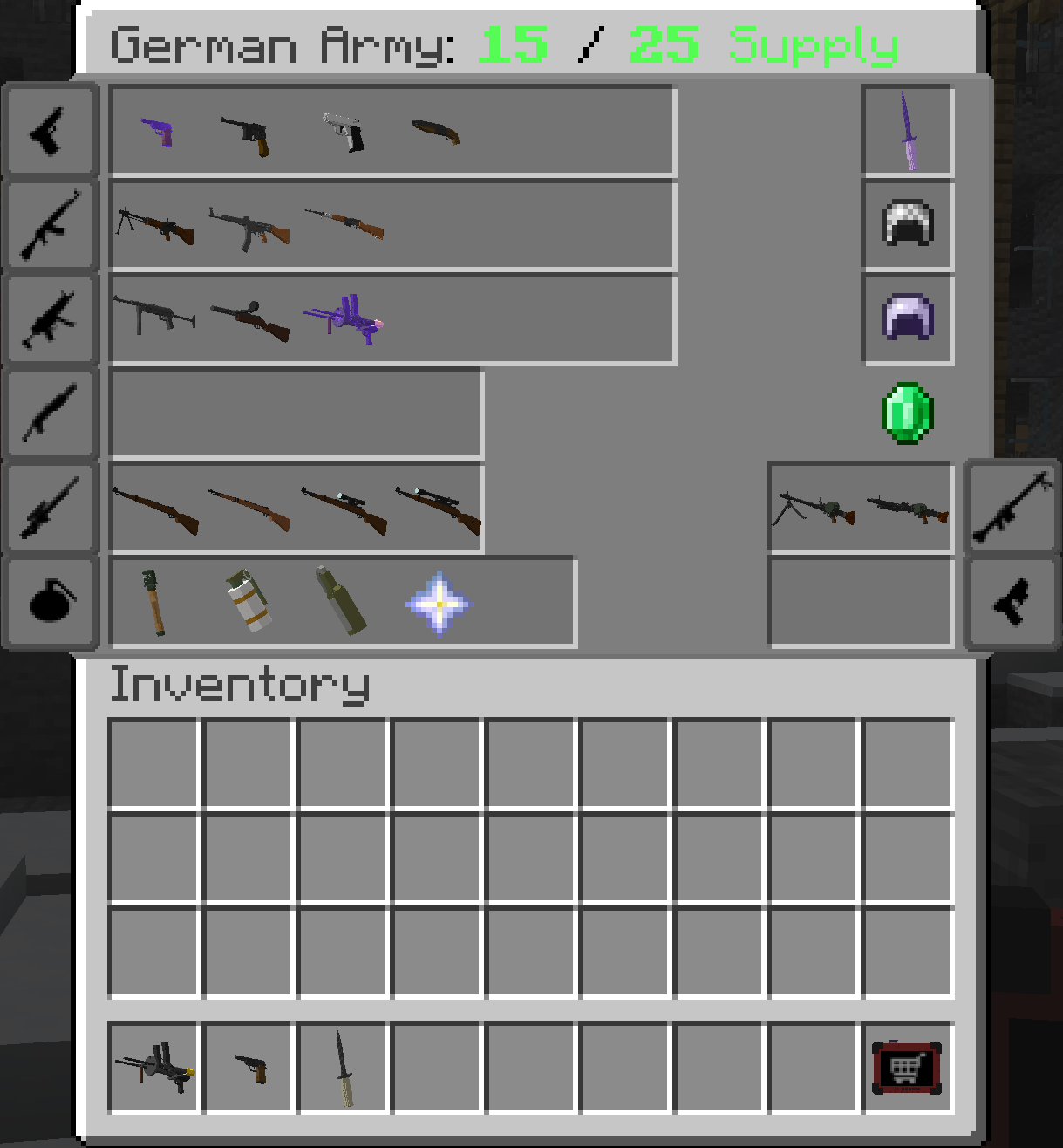 Additionally, this system is now much more flexible and allows for changing the availability of armor, killstreaks, and grenades in different scenarios. For example, in World War II scenarios, body armor is no longer available and helmets have been changed to more authentic variants. The loadout shop also shows weapon descriptions now, giving more information and leaving less guesswork to the player. Furthermore, the starting loadout of each scenario can also be changed, instead of the player always starting with a pistol and nothing else. Another benefit is that you can now equip two of the same grenade as well as purchase killstreaks like you can in other PVP gamemodes.

Instead of gaining $25 per kill like in the previous Scenario Mode, you will now gain 1 Supply every 4 kills. This amount can also be changed per map.

This new system also supports changing the killstreak shop in individual maps even outside the Scenario Mode, which we plan to use in the future to give various maps different killstreaks depending on the game they originate from or whether they are outdoors or not. 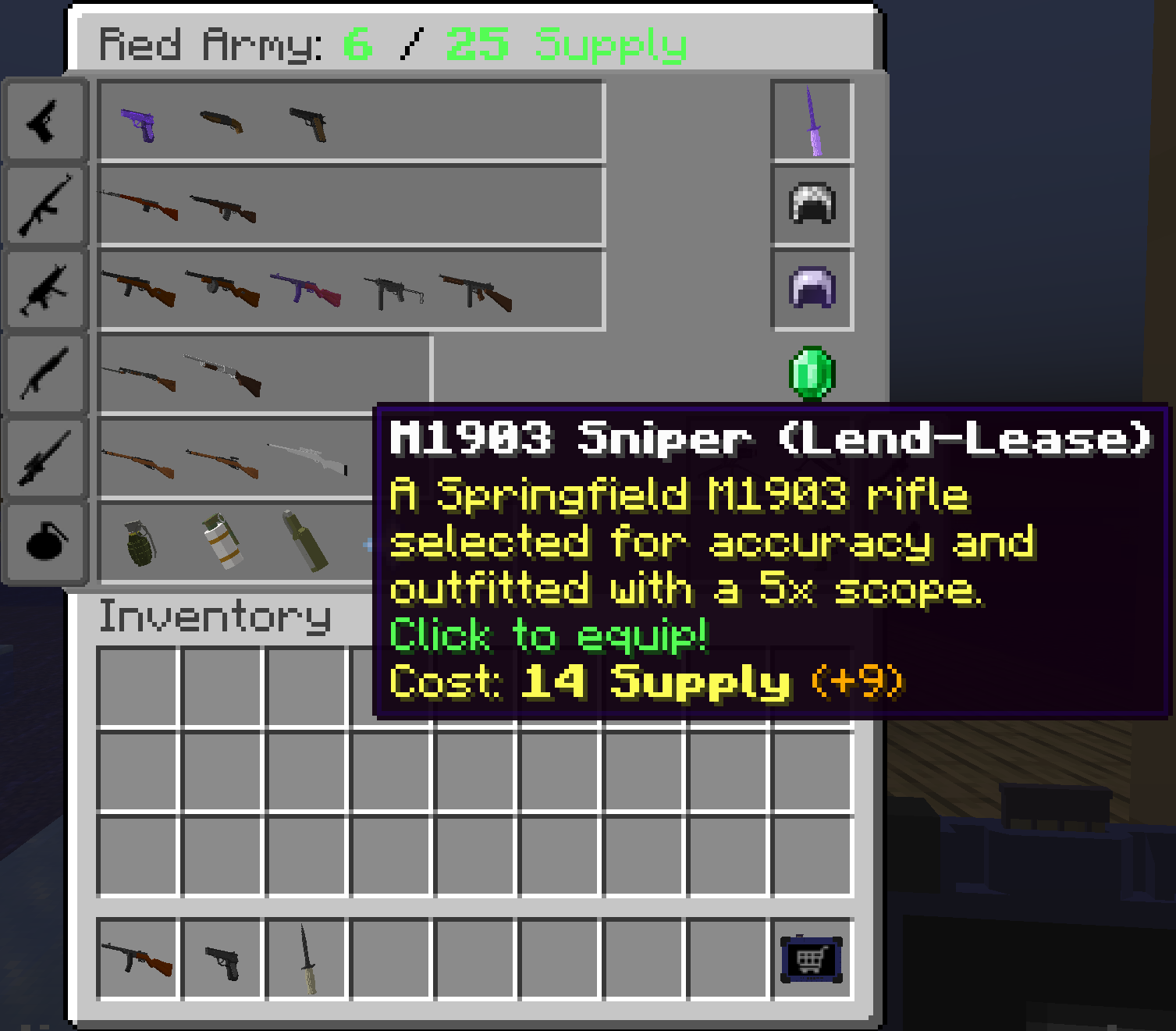 The new scenario system is currently available on the Normandy and Stalingrad scenario maps.

Many changes have been made to both WW2 scenarios to make them more historically accurate and improve the gameplay experience.

More scenarios such as Mannerheim, Hoth, and AtlanticWall will be converted to the new system soon, and unique, authentic killstreak layouts will also be added for scenario maps soon.

To showcase the new scenario system, the following limited-time scenarios have been added to PVP:

We have released a new trailer on our YouTube channel! Thanks to Mohorowe for making the trailer. Check it out below:

Since March 10th, Microsoft has mandated the account migration to a Microsoft account, and disabled access to accounts that have not been migrated. This meant that many players are now no longer able to play Minecraft even though they own the game, as a result of various reasons such as losing access to the original account email or not wanting to migrate due to privacy reasons. Therefore, as we announced in the Discord server in early March, we planned to allow offline players to play on GunColony soon after the forced migration went live.

The update to add this support has been delayed a few times due to the need to find a proper login plugin, but we have finally added the feature now. You are now able to register and login the game when using an offline account. Unfortunately, unless you reached out in March to transfer your progress, you will have to start a new account from scratch. If you are playing on an offline account, you must use a username that is not already used by any premium accounts (you can use NameMC to check it).

If you already migrated to a Microsoft account, then this will not change your experience at all. You will not have to use register and login commands and can play normally without any loss in progress.

This feature is only intended for players who lost the account due to the forced migration, and not meant to support pirating Minecraft. As such, we put a clear warning in the register screen telling players to leave the server if they do not own Minecraft.

To help combat cheating, if you play on an offline account, you have to be level 8 and link a Discord account in order to play in any PVP modes. Alternatively, being level 40 will also unlock the PVP modes without linking Discord.