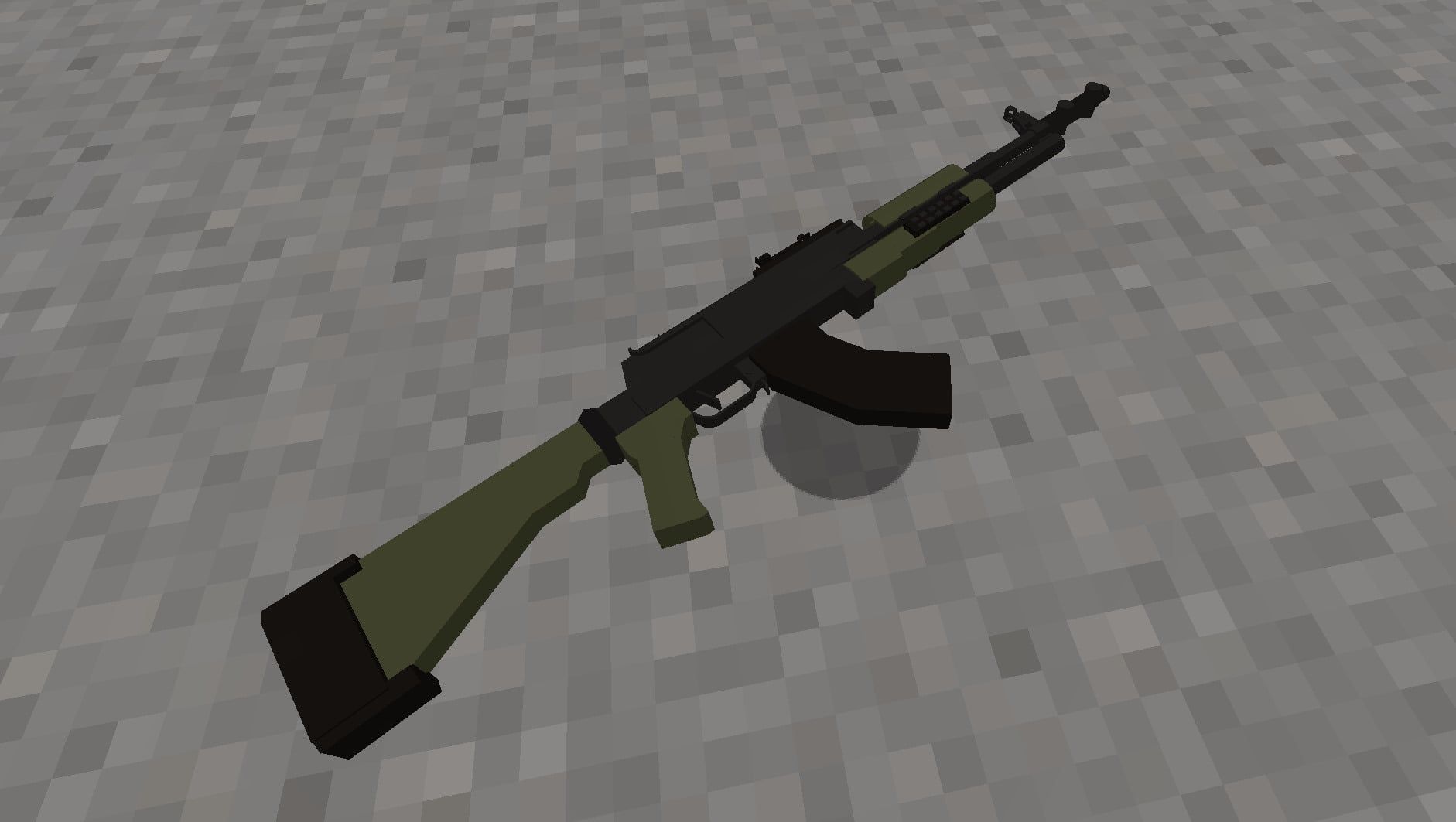 In this update we are adding an optional feature to enable an upgraded crosshair and holographic sights to Minecraft 1.16 users. We have also introduced new hitmarker audio, a new weapon, the ability to drop items in Mob-Arena and MineSpades, and a few important bug fixes.

Fabulous mode is an optional toggle that adds dynamic crosshairs and better looking weapon optics to the game.

The new hipfire crosshairs will display your weapon spread and show your crosshair growing larger when you move, jump, or fire your weapon. The new reflex sight reticles are more realistic and glow in low light levels. This has never been done before by anyone else in vanilla Minecraft. 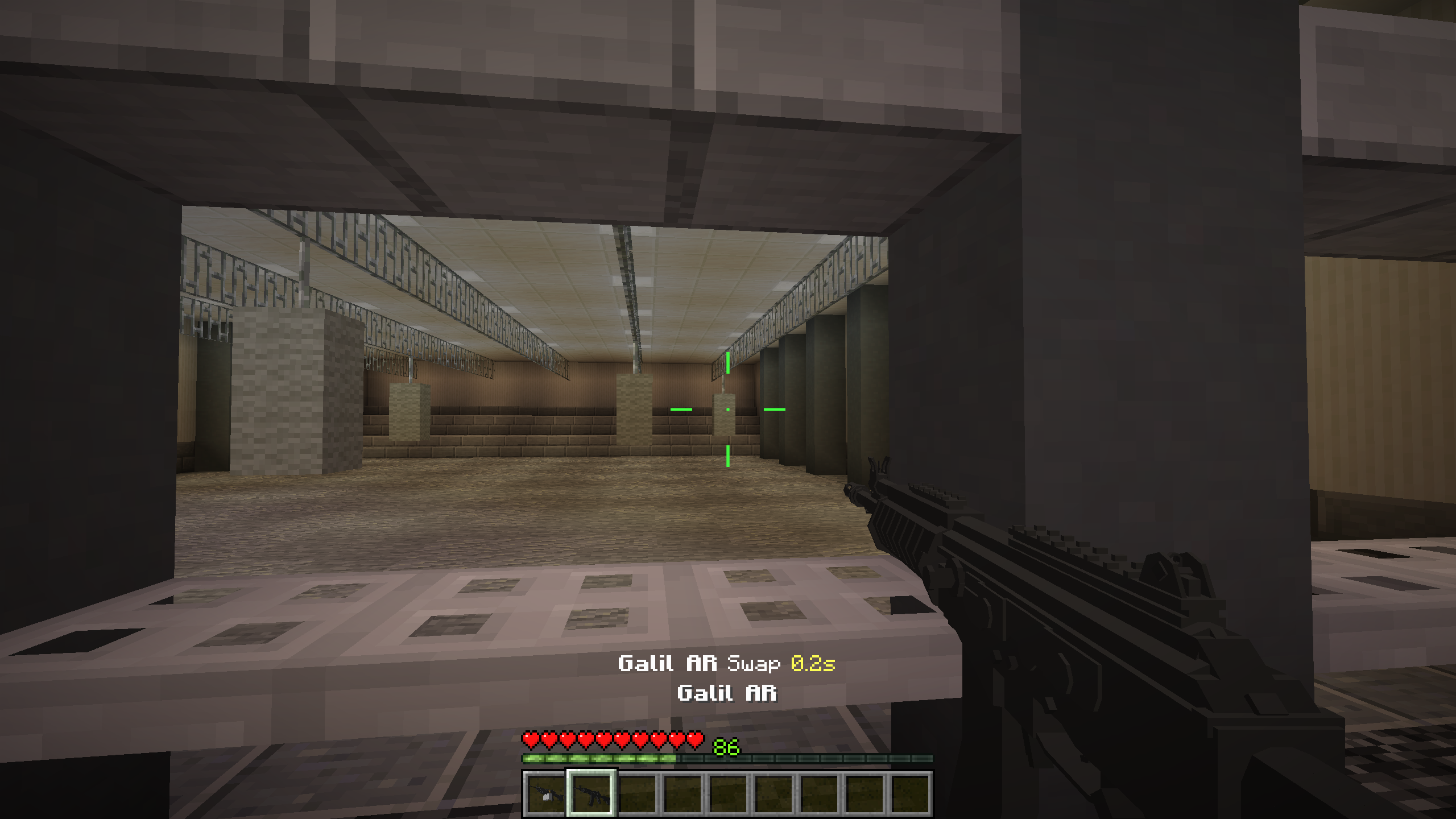 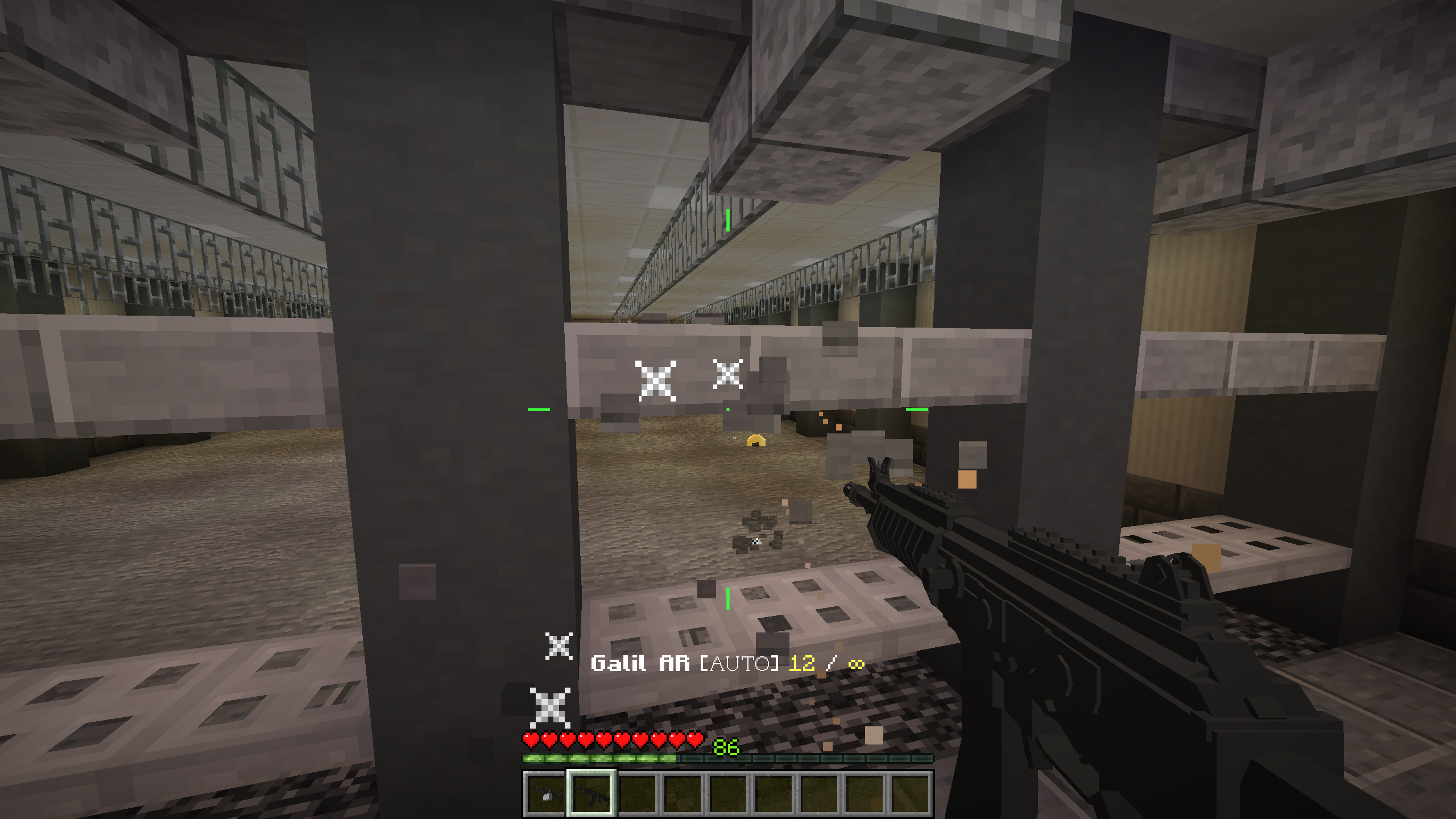 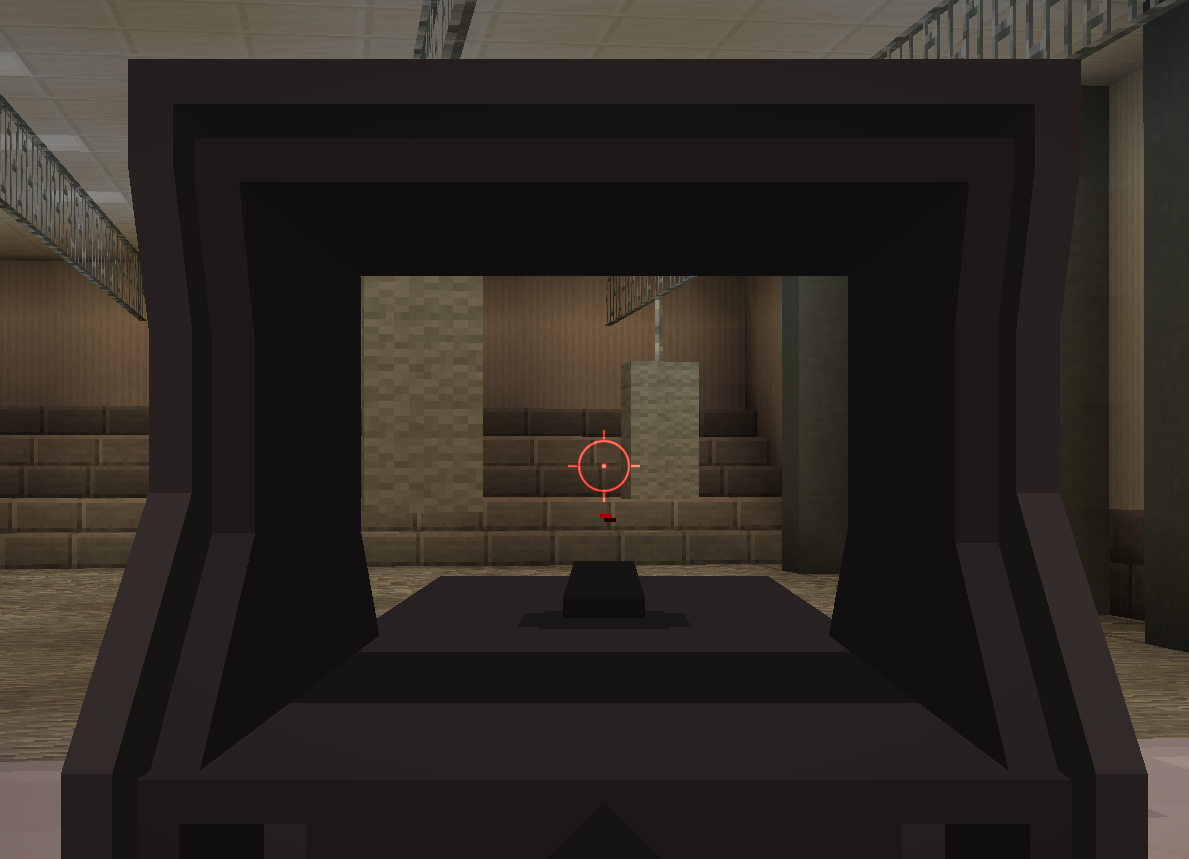 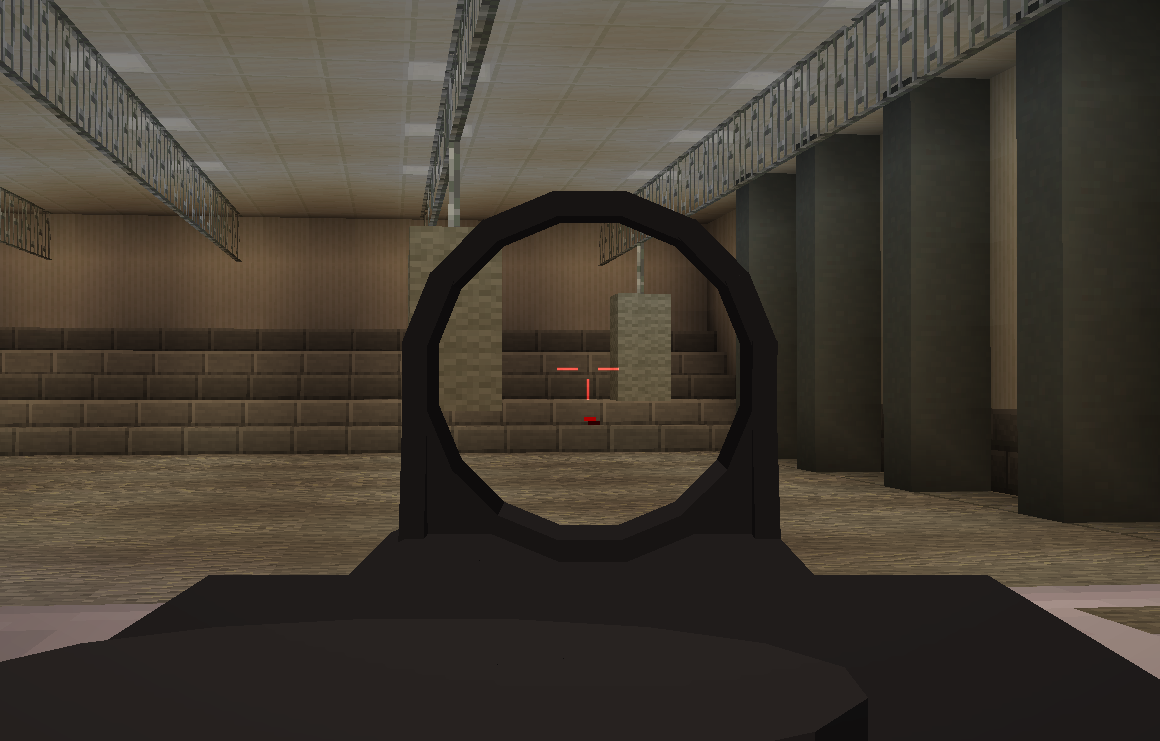 Here’s how to enable this optional feature:

Note that this feature is tested on NVIDIA and AMD graphics cards but is not yet tested on Intel. Also compatibility with shaders mods is not tested. If you are struggling with performance try using the Sodium mod: https://www.curseforge.com/minecraft/mc-mods/sodium

There are a few caveats because we had to use several workarounds to add custom UI to the game without any mods.

Months of work went into researching Minecraft resource pack mechanics to make this possible. I hope you try out the feature in 1.16 and tell us what you think!

We have added a new hitmarker sound from COD:MW into PVP modes. There are two different sounds that will play depending on whether the enemy is wearing armor.

You can turn this off in /settings and have the old hitmarker sound instead.

Last time we reworked the weapon sway we had gotten the values wrong. We noticed that the change made sway much more difficult to control, which negatively impacted weapon accuracy especially when tapping or burst firing.

We have reduced sway speed by 60% across the board to match the new sway values more accurately to the old sway. 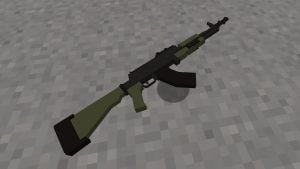 We have added the AN-94 to an early access quest for a week! This unique Russian rifle has a 1800 RPM hyperburst which is realistically portrayed in game thanks to the recently-added async firing system. The AN-94 as well as the QBZ-03 will be officially added later this month.

This should be the last early access quest before Halloween quests kick off!

You can now drop items in Mob-Arena and MineSpades. This is technically a bug fix but warrants its own section in the patch notes. Note that in Mob-Arena you still can’t drop items that came with your starting kit.

I forgot I’d left a half-working version of killstreak announcements in the game. It has been bug fixed and polished in this bugfix.