Today’s update adds destructible glass and walls into the game! It also adds beta support for Mob Arena multi-server which is aimed at reducing lag.

We have created a highly automated workflow to edit maps and update the changes to all servers. Maps will be set up on the main server, and with a few commands they will automatically be loaded onto schematics and copied onto all minigame servers (via the file sync system that was added last update).

In the game server, the schematics of maps will be pasted whenever the game starts and ends to ensure that it is always up to date.

Glass and glass panes are now always destructible in PVP maps. Any bullet is more than strong enough to destroy multiple glass blocks and still hit enemies behind them. Stained glass is not destructible by default because they are often used to make decorative windows on inaccessible buildings which we don’t want players to break.

The schematic system above will make sure that any changes to the map are reset whenever a new round starts.

Most PVP maps have been tweaked to have destructible glass windows where appropriate. 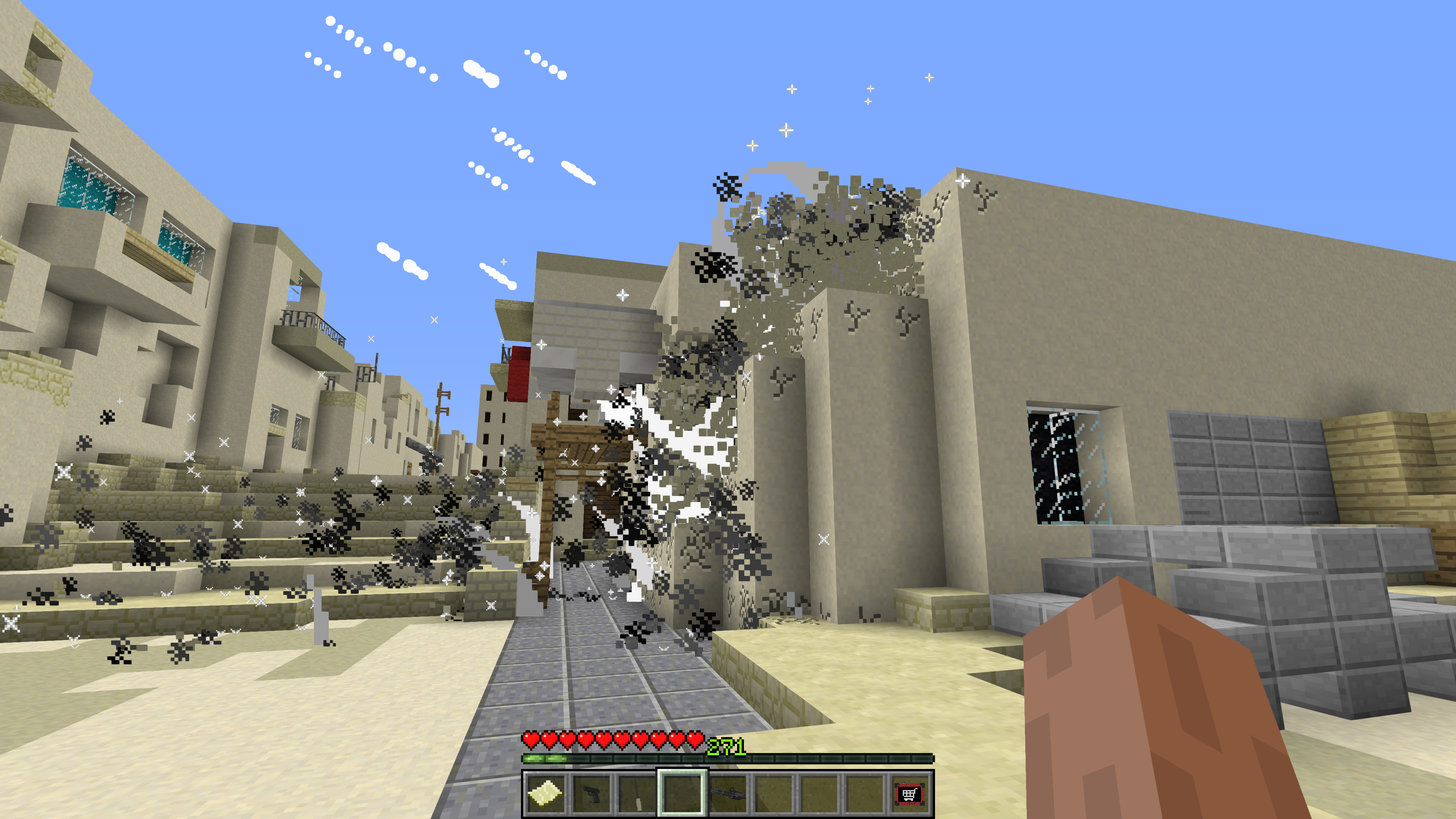 Builders can now add destructible regions within the map where all blocks within them are able to be destroyed.

On Alpine Trench the entire map is destructible as a conceptual test to future gamemodes. The reason we picked Alpine is because the map is mostly open terrain, and that you can use the HK69A1 launcher in scenario mode which we want to try and balance.

When an objective is captured, the chat will now list the players who capped the objective. Also, a toast message will be displayed on the top right side of the screen similar to the message that shows when a bomb is planted.

When you unlock or complete a quest, a toast message will now display.

The message when joining the server has been tweaked, and the leave message has been disabled, since both gamemodes now run on separate servers from the main lobby and joining them counts as leaving the lobby.