Today we are adding leaderboards to the server alongside permanently tracked player stats. Now you can see who are the best players on GunColony! 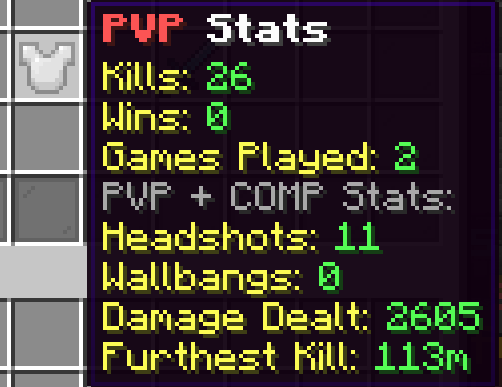 Players can now see their own stats in PVP and COMP by typing /stats. The stats shown include:

Please note that deaths and losses in PVP aren’t shown because there are asymmetrical modes like Zombie Siege and Scenario Mode.

If you have any donor rank, you can also view the stats of other players with /stats <player>

Please note that these leaderboards only update up to a minute after a match is completed.

We have added a weekly leaderboard for the Endless map.

This leaderboard will show players with the best score. Start a match from the beginning to have the best chance at getting your name on the leaderboard for the rest of the week!