First and foremost, GunColony has gotten a new spawn in this update! 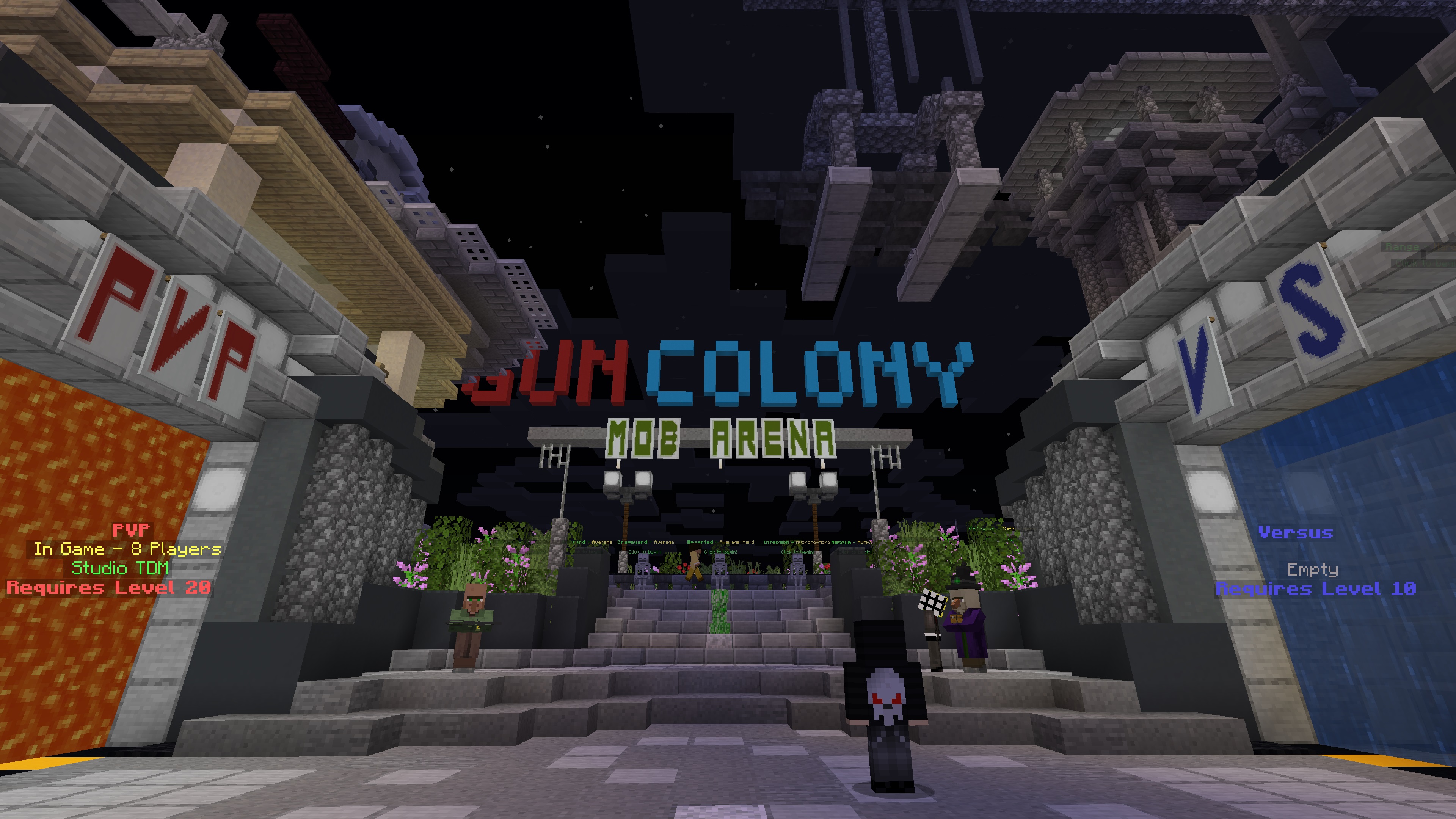 Not only is the new spawn prettier and more spacious, Mob-Arena is also placed at the foremost importance to celebrate GunColony’s history, having started as a PVE server. Every Mob-Arena map now has its own NPC so it is easier to get into the map you want without commands. However, PVP players are not alienated: simply hop into the glowing lava portal to join the game.

In addition, new players below Level 10 will join into a special Beginner’s Spawn: 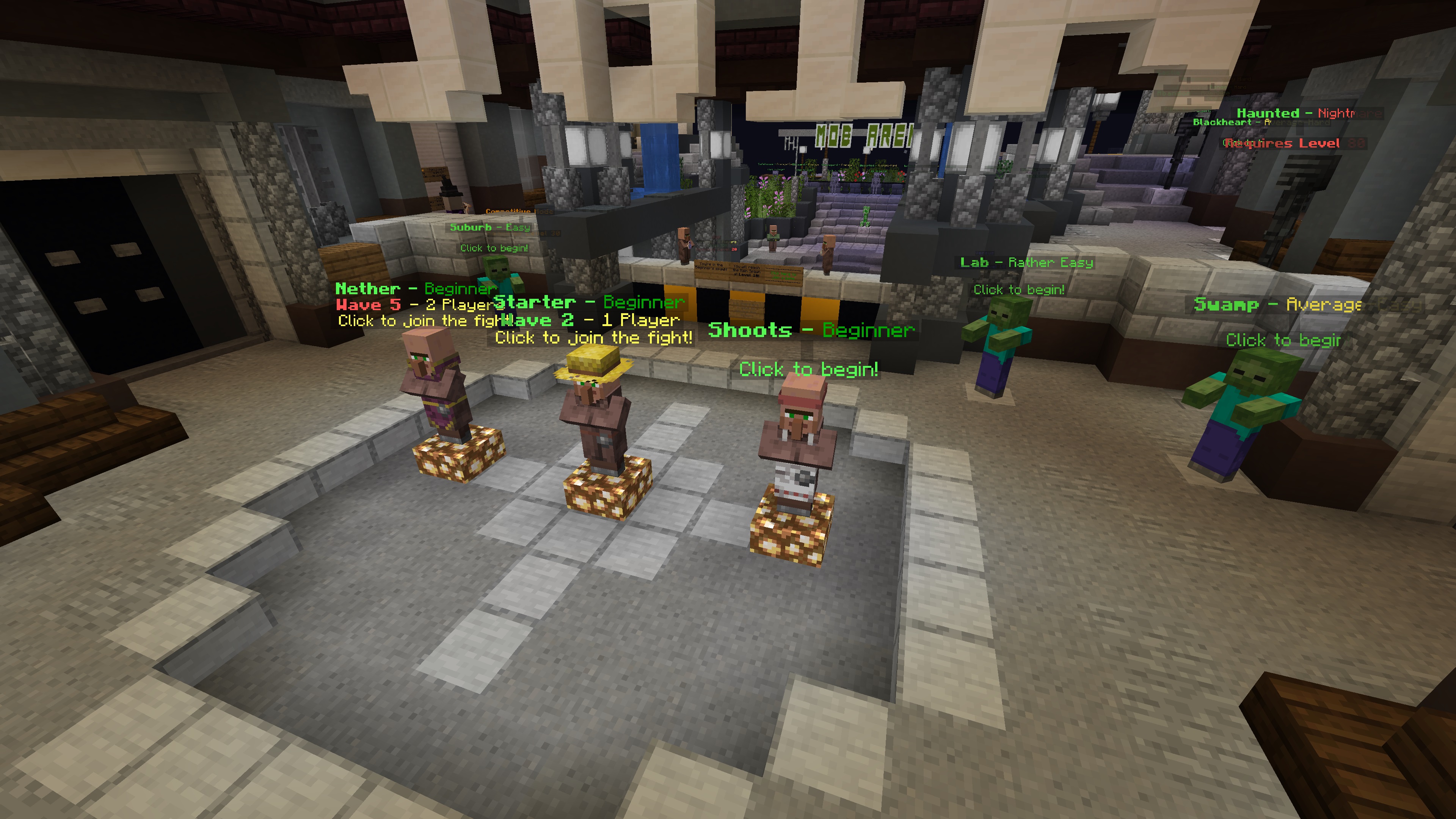 Being confined in a smaller space reduces the number of confusing options, allowing newbies to find and join a match more easily. With this dual-spawn system, the main spawn is able to be expanded to a larger size without alienating new players. 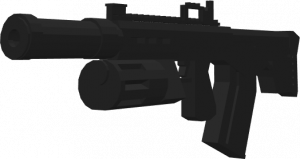 The ASh-12.7 is a Russian selective-fire battle rifle firing a massive .50 subsonic round. It has very high damage and no bullet tracers, but shoots slowly and has very severe recoil.

The QBU-88 is a Chinese bullpup DMR. It fires the 5.8x42mm intermediate caliber and thus has a very low recoil. However, it has low damage and a small 10-round magazine. 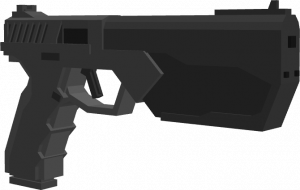 The Maxim-9 is an integrally suppressed pistol. It uses a 17-round Glock magazine. It has a fast fire rate but high horizontal recoil making it rather difficult to control for a 9mm firearm. 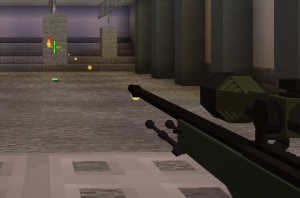 We have completely revamped the unlock levels of all of our weapons. Some hard to use weapons like Nylon 66 and M1915 CSRG were moved up in level, while most weapons were moved down in level. You can now unlock all non-Legendary weapons before Level 100; the last 40 levels will only unlock Legendary weapons periodically.

In addition, the new World War II weapons are unlockable at a low level for new players. They have a low fire rate and controllable recoil to help new players get used to the game mechanics. Additionally, the CheyTac M200 is available at the beginning to allow newbies to one-shot mobs consistently with their sniper. (We have also added the Gewehr 98 as a high level alternative to the CheyTac.)

Gone finally are the times of newbies futilely sniping mobs with SSG 08 and reloading all the time with a M16A1 while accidentally switching their SMGs to single fire and unlocking several pistols and useless weapons in a row.

We have added the Versus (VS) lobby for newer players to battle it out amongst themselves.

We have tweaked the PVP lobby as well to make it better suited for experienced players.

We have tweaked the COMP lobby to make it better suited for organized games.

The addition of the VS lobby and a higher level requirement for all PVP modes are mainly designed to increase player retention by preventing newbies from joining a PVP match against much more skilled and better equipped players. However, it will also help reduce cheating and trolling with alt accounts.

In the future we plan on adding the ability to unlock all PVP modes regardless of level by linking a Discord account, so players who come to the server for the PVP action can join it straight away.

We have increased the experience gained from the more elite PVP/COMP lobbies to differentiate them from the VS lobby.

Note that the new EXP gains for kills and damaging enemies will apply to Weapon XP as well.

We have buffed a few modifications that were previously underwhelming to give players more freedom when upgrading their weapons.

We have added Mob-Arena versions of many existing Infected and PVP maps:

We have improved our Mob-Arena game mode to be closer to the original system in 2015, where you unlock new maps when you level up and can join each map individually rather than through a lobby. Also, you can join maps much faster than before with less waiting time.

In a recent update we removed Damage Absorption for non-boss mobs, and this has caused mobs to become very quick to kill especially with headshots. We are happy with this for unarmored mobs, however we felt that armored mobs should be harder to kill if you don’t have the right weapons to defeat them.

We have adjusted/increased the experience gained from Mob-Arena, making EXP gained based more on survival rather than kills. A new player who gets all of their kills stolen by teammates will still earn XP.