January might have seemed like a relatively uneventful month when it comes to visible updates on the server. However, under the hood our team has spent much time planning for the coming year and building a solid groundwork for future updates. We have also quietly implemented a few new changes to the game.

We are aiming to achieve a completely revolutionized game experience in GunColony by our 4th anniversary. In this post I will talk about what we have done in the past few weeks and what we have planned for the months to come.

One thing that you might have noticed is that the recoil for Snipers, Shotguns, Special Weapons and Sidearms feel very different. The new recoil system offers vastly improved target tracking and aesthetics while giving us more opportunities to balance our weapons against each other. It uses asynchronous code to update your viewing angle 60 times a second to deliver a seamless experience.

We have released a new Mineshaft Mob-Arena map. Check it out! 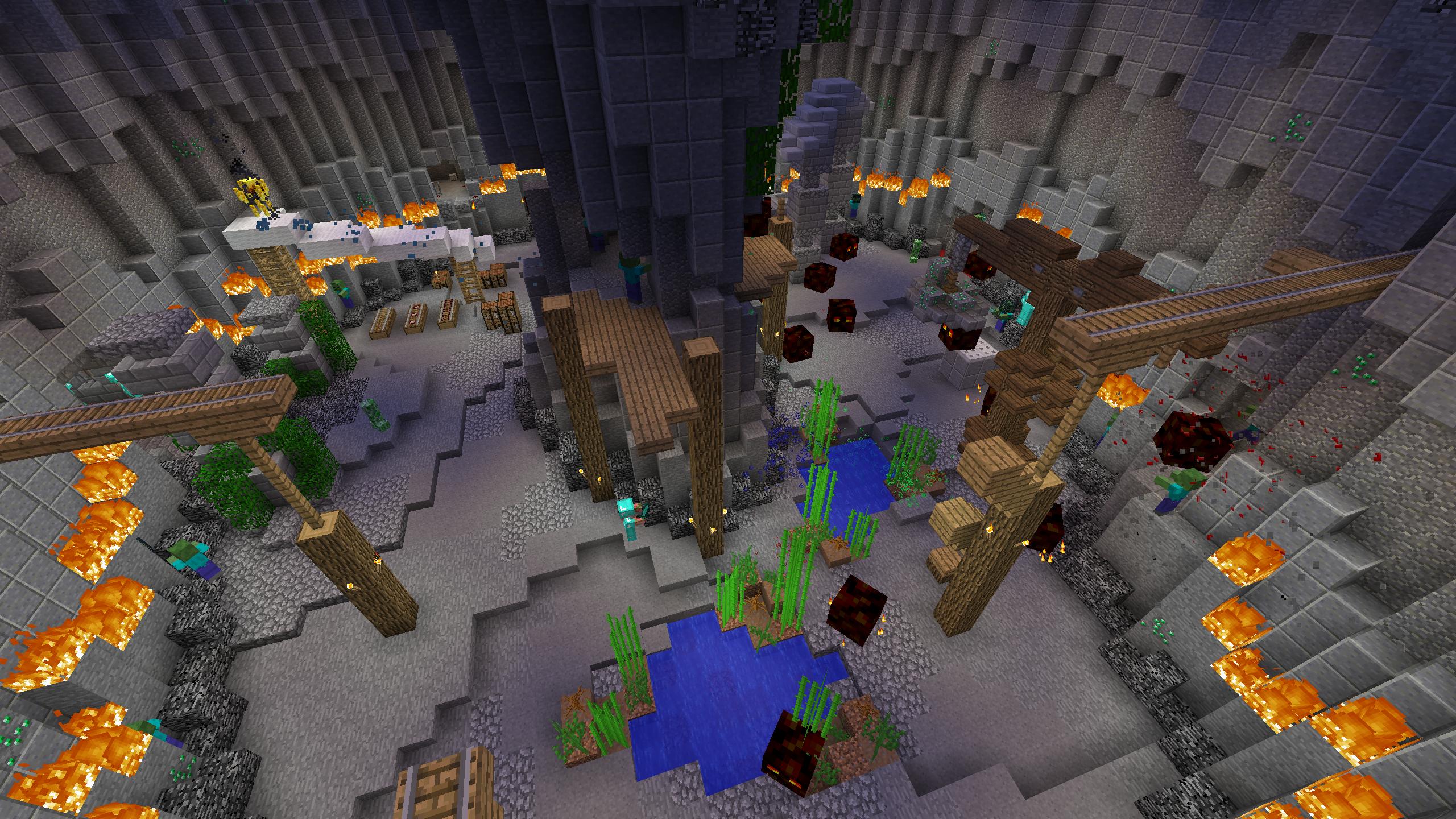 Watch out for a surprise at Wave 10!!

We have rolled out some stability improvements to the Hostile Alpha mode (that were tested earlier on the main GunColony server) that should make the game run more smoothly.

We have changed the blood particle effects on some monsters and headshot hits to provide a better visual experience.

We have replaced the spawn with a slightly tighter version of it to better guide new players to getting into their first game. 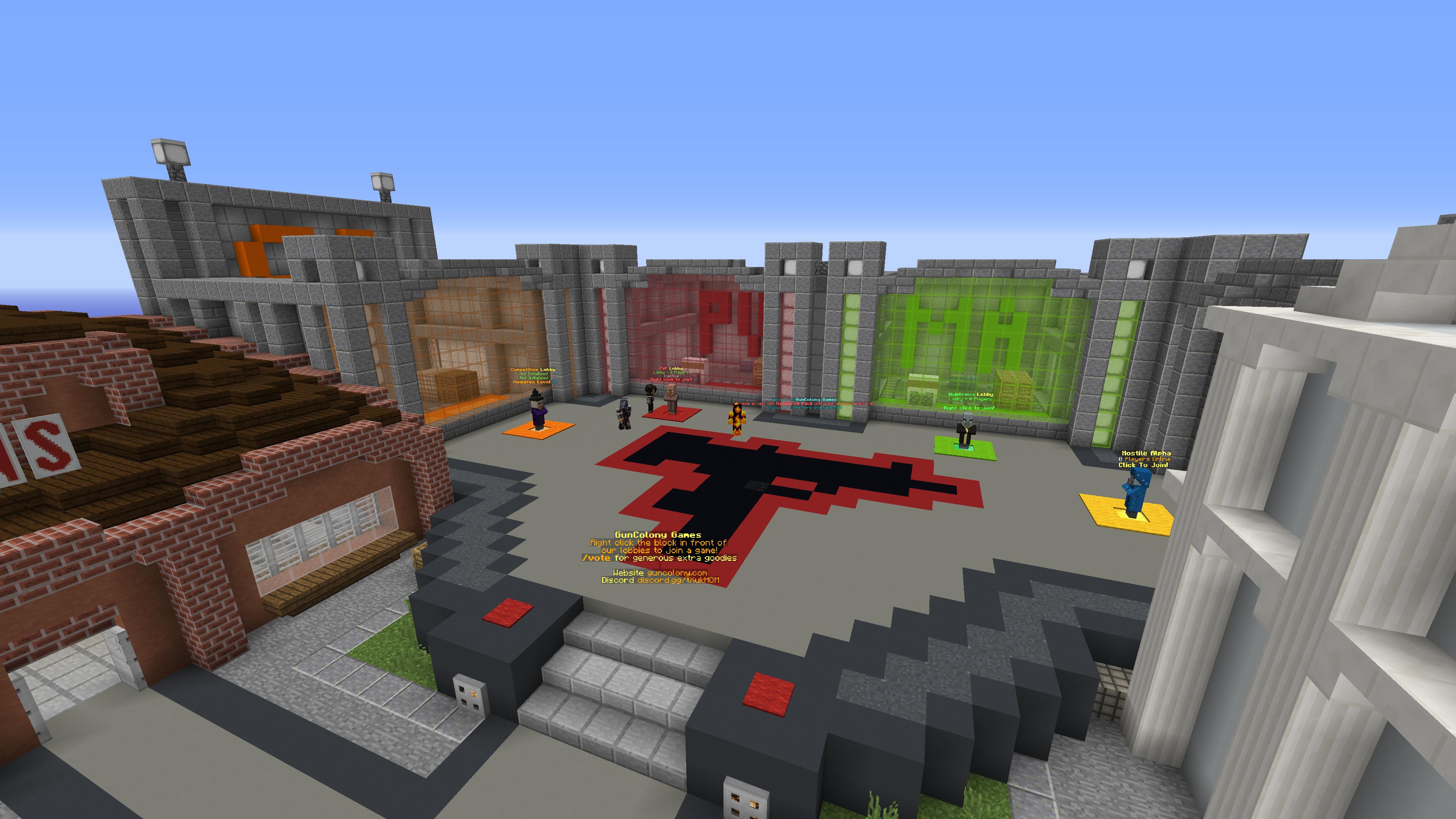 Other Changes in January

by Hky with 4 Comments Announcements

A new school year is starting, so I am here to announce not only the recent changes, but also my own plans and what it will mean to GunColony.

I was a middle school student when I created the server – “The First Minecraft 3D Gun Server in the World” – and recruited its first team members such as Kiathro. I truly consider it a miracle that it has lived up to this day, and formed such an amazing community that I would never forget nor leave behind. This upcoming academic year, however, will be my fourth year of high school, and I have many more obligations now, from doing research projects to applying to my favorite colleges. Therefore, as school starts back up, I am now forced to cut back on my maintenance of the server in the short term.

I do not mean to abandon GunColony altogether. In fact, when I took a leave for a similar reason more than a year ago, it left a devastating effect on our playerbase, something that I am now trying my best to prevent. This time, I will keep an eye on the forums and Discord for any bug reports, staff applications, and emergency situations with our hosting. Also, I will continue to push out updates when possible. Furthermore, to make up for my relative inactivity, I am offloading much of my work to our staff members, who will gain more power over the administration of the server, have a larger team to collaborate with, and access new tools to help with moderation and creation. I will also continue to play my part in managing the team and providing both general and technical assistance to improve its efficiency.

During the past month, I have done much to solve the server’s utmost performance issues and management complication. As thoroughly explained in the changelog below, I have done a number of code changes to make it easier for our staff to spectate PVP matches and edit the arena world, and it is now also possible for builders to use item frames, armor stands, and paintings in their work. As well, I have upgraded our network performance and solved various optimization issues. Now, the server is an open and bug-free canvas for our staff members and players to each leave their marks on.

I expect myself to be busiest in the following two months, and remain relatively occupied in November and December. Once the college admissions season comes to an end at the turn of 2019, I will be available to work again. I sincerely hope that while I’m away, you will stay with us and help make GunColony a better place.

Minor clarification updates to the Allowed Mods section of the Rules page. If you are currently using mods, please take a look at it again.

Although Hky already posted the news about the new front homepage, I'm happy to reannounce it AND add in the extra news of a new dark theme for the Forums!

We have just released a new home page for our website! It now showcases many of the server’s most unique features, and also looks much prettier than before. While we sort out some remaining problems with the website, please give some critiques on how the new page looks! 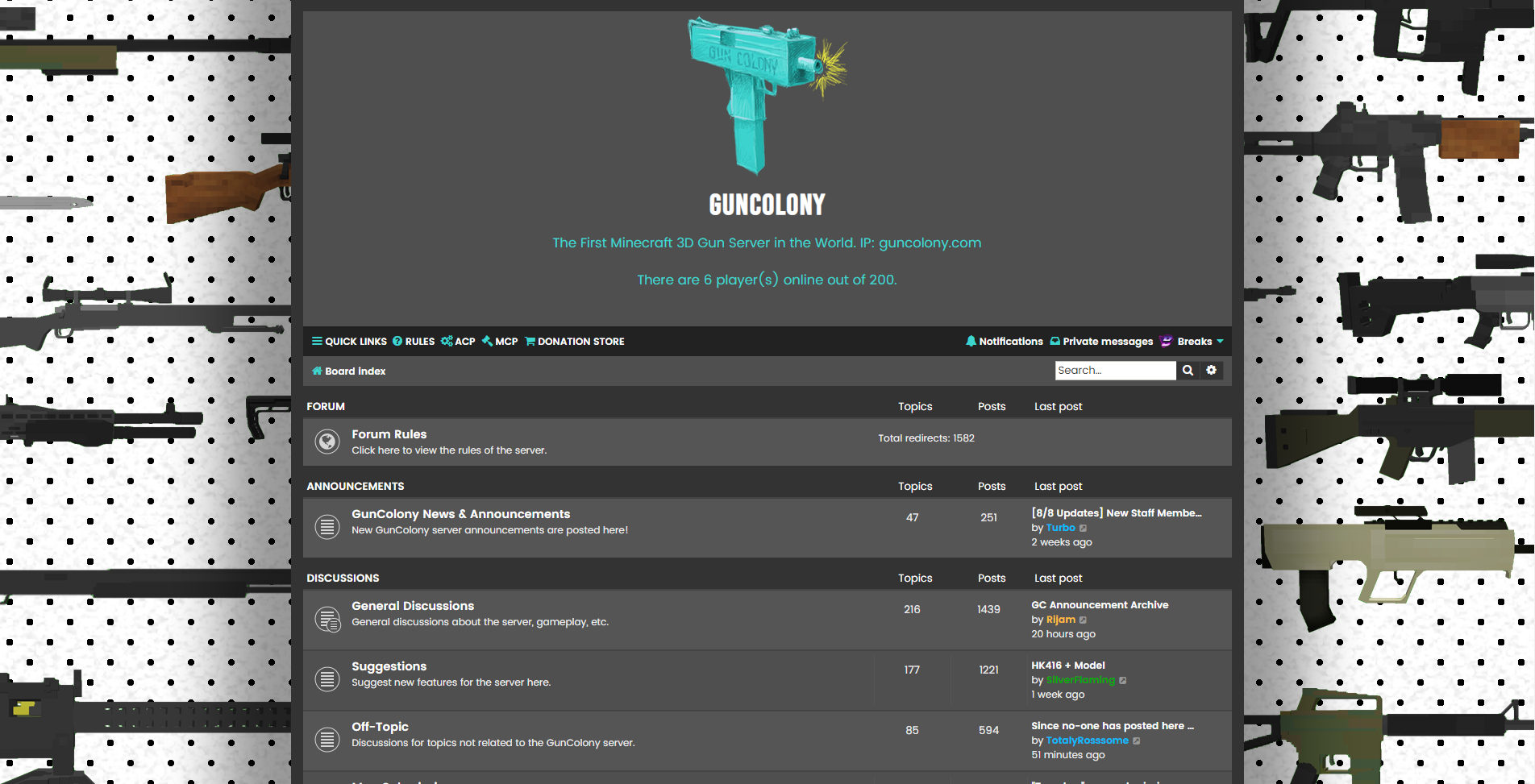 We've been beta-testing the new dark theme for about a week now, and we're safe to say it's cleaned up and ready for public use! If you would like to know how to change from the default light theme to the new dark theme, follow the instructions here: