Happy independence day! The resource pack update is finally here, containing a vast number of new gun models and Fabulous Mode improvements. We have also made a sweeping amount of gameplay tweaks to polish up some changes that have been made recently. 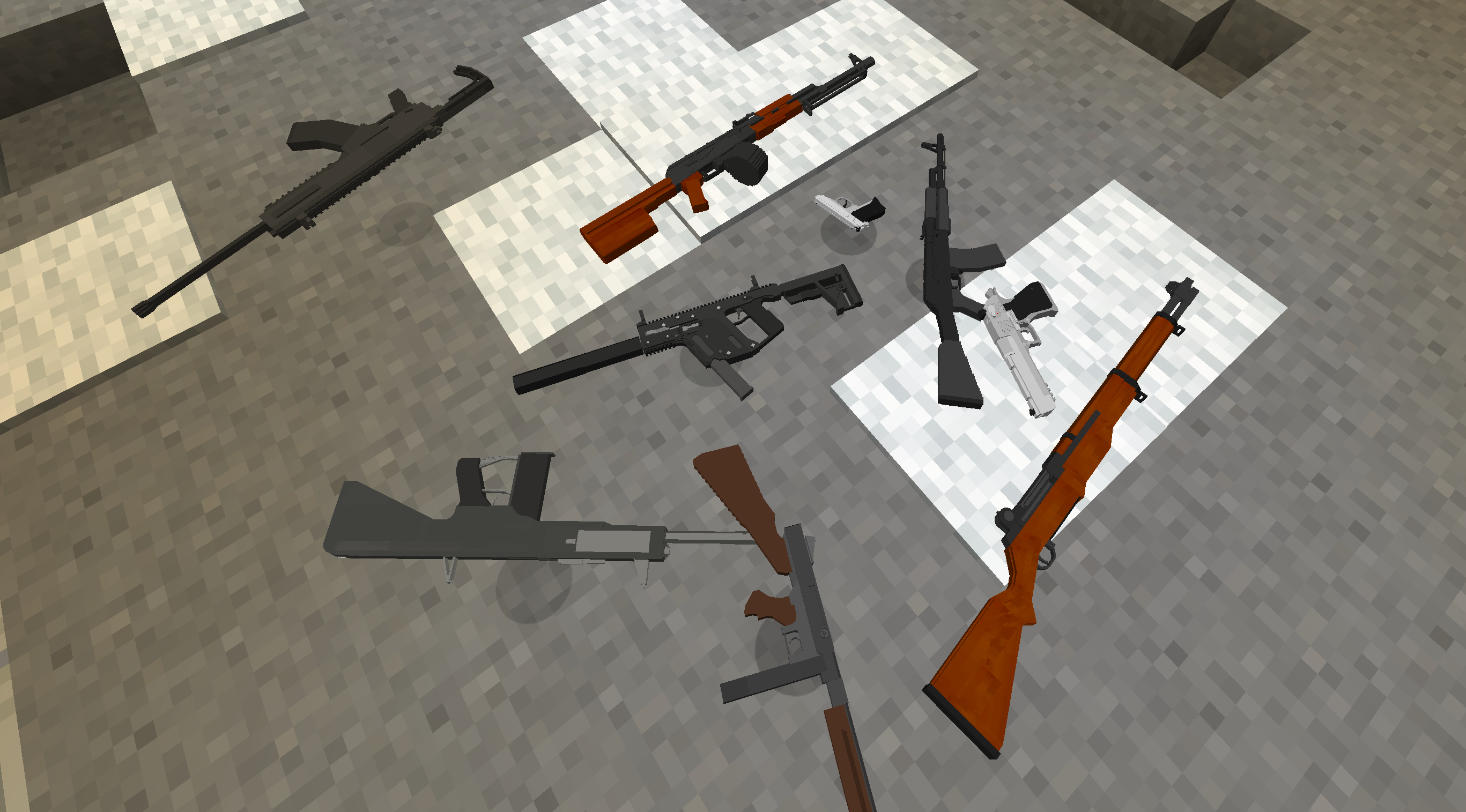 Note: this screenshot represents only a small percentage of remodeled weapons.

The Fabulous Mode reticles have also been updated to be brighter and more realistic. To enable the mode, use Minecraft 1.16 or 1.17 with Fabulous graphics settings and then enable it in /settings. Note that there might be graphics card compatibility issues, as the new shaders are only tested on Nvidia cards right now. 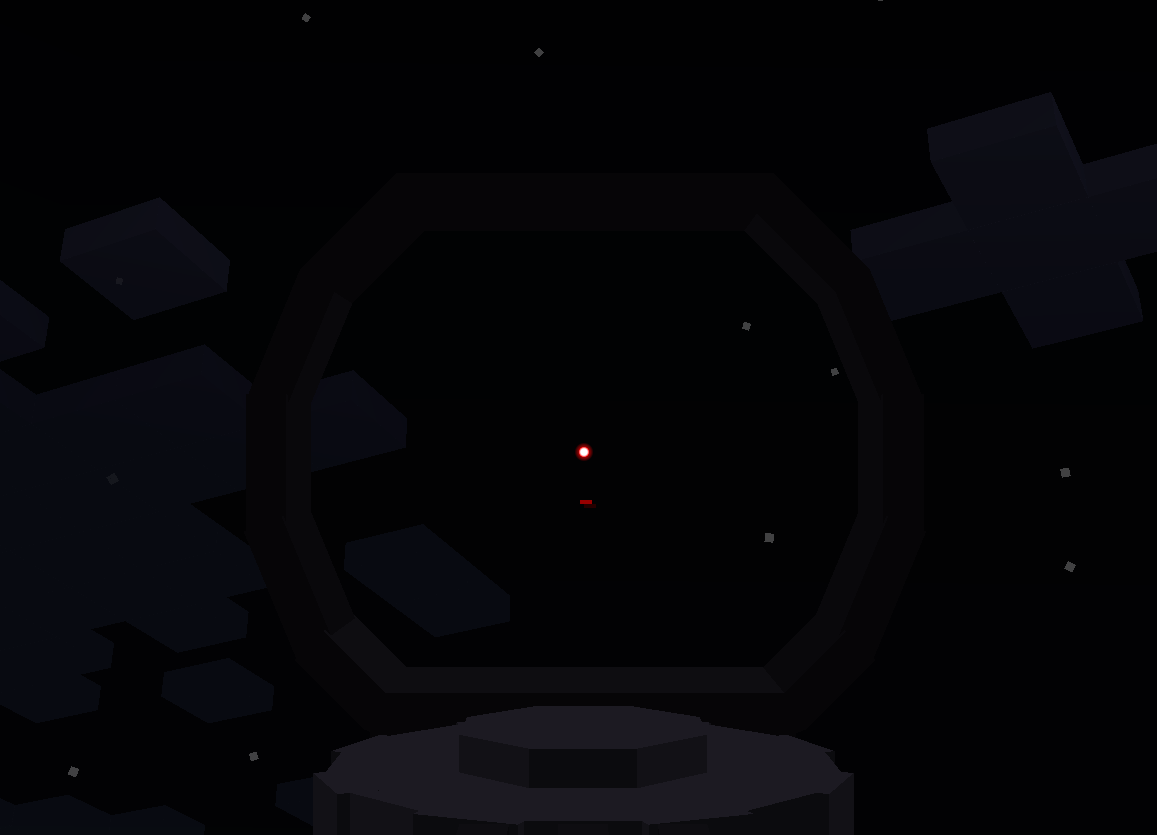 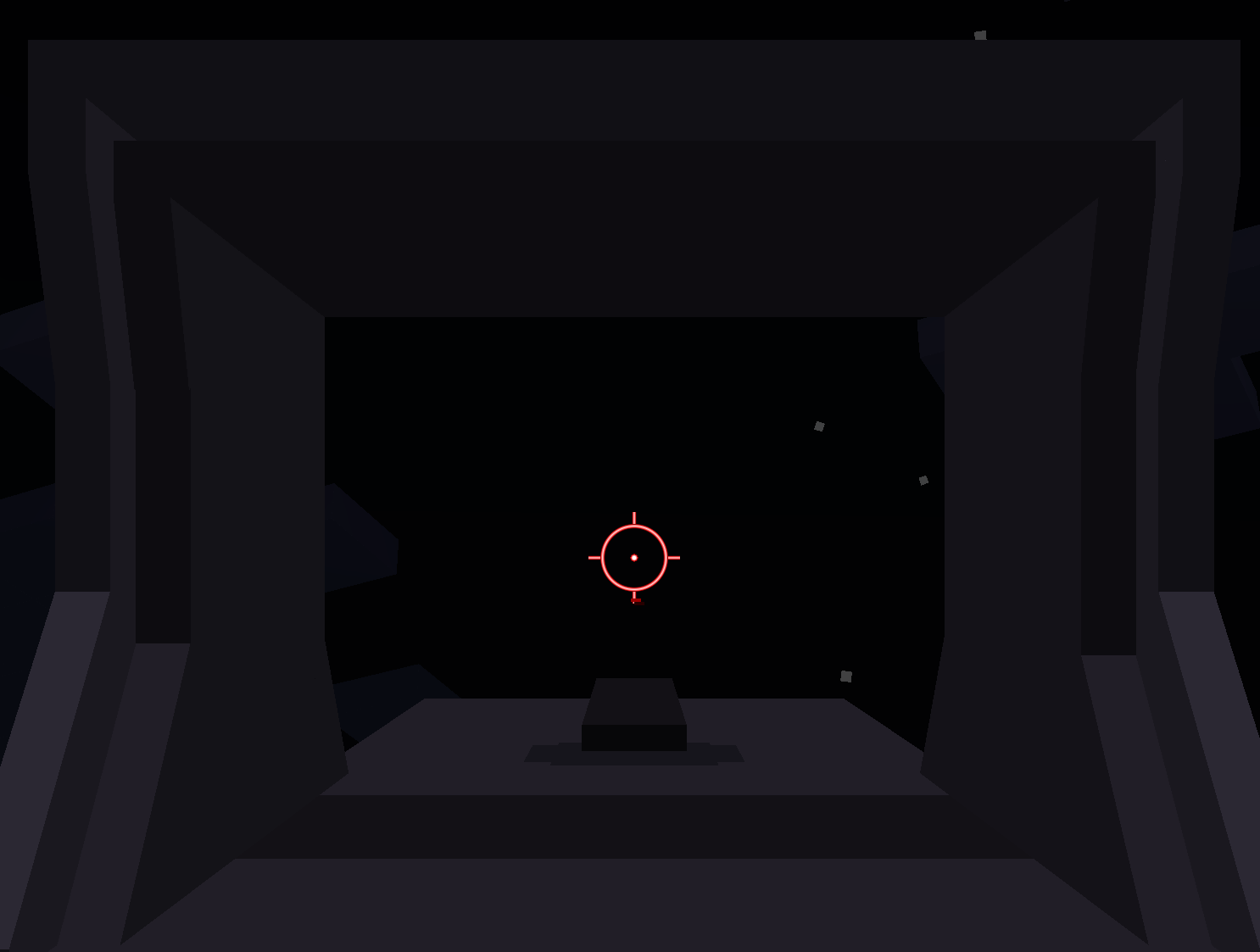 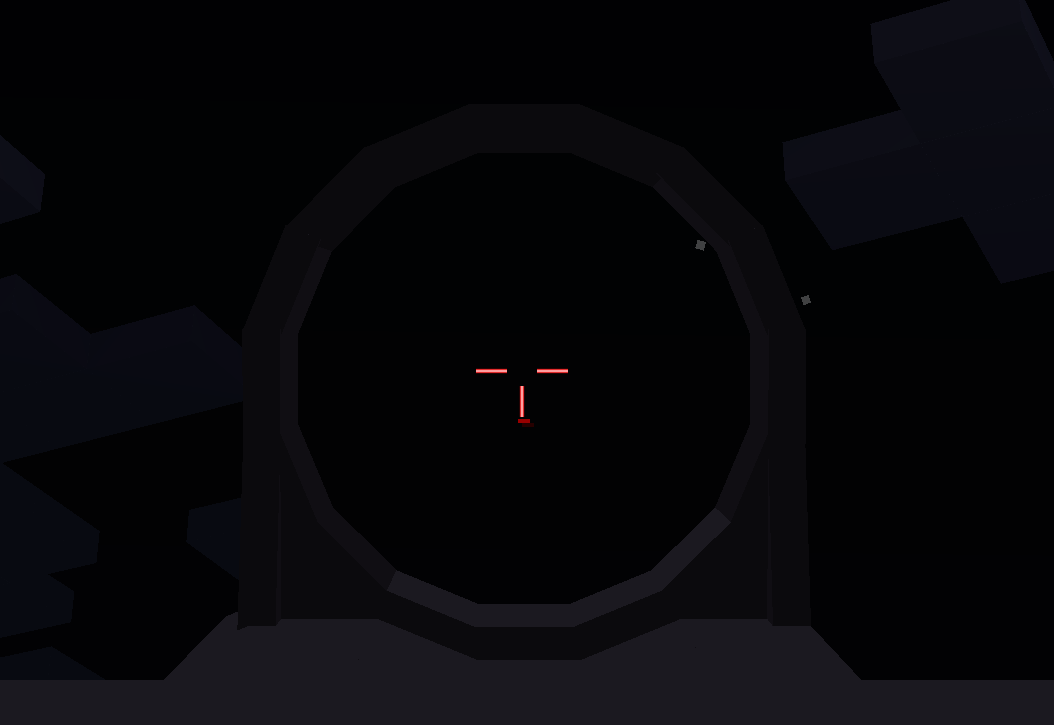 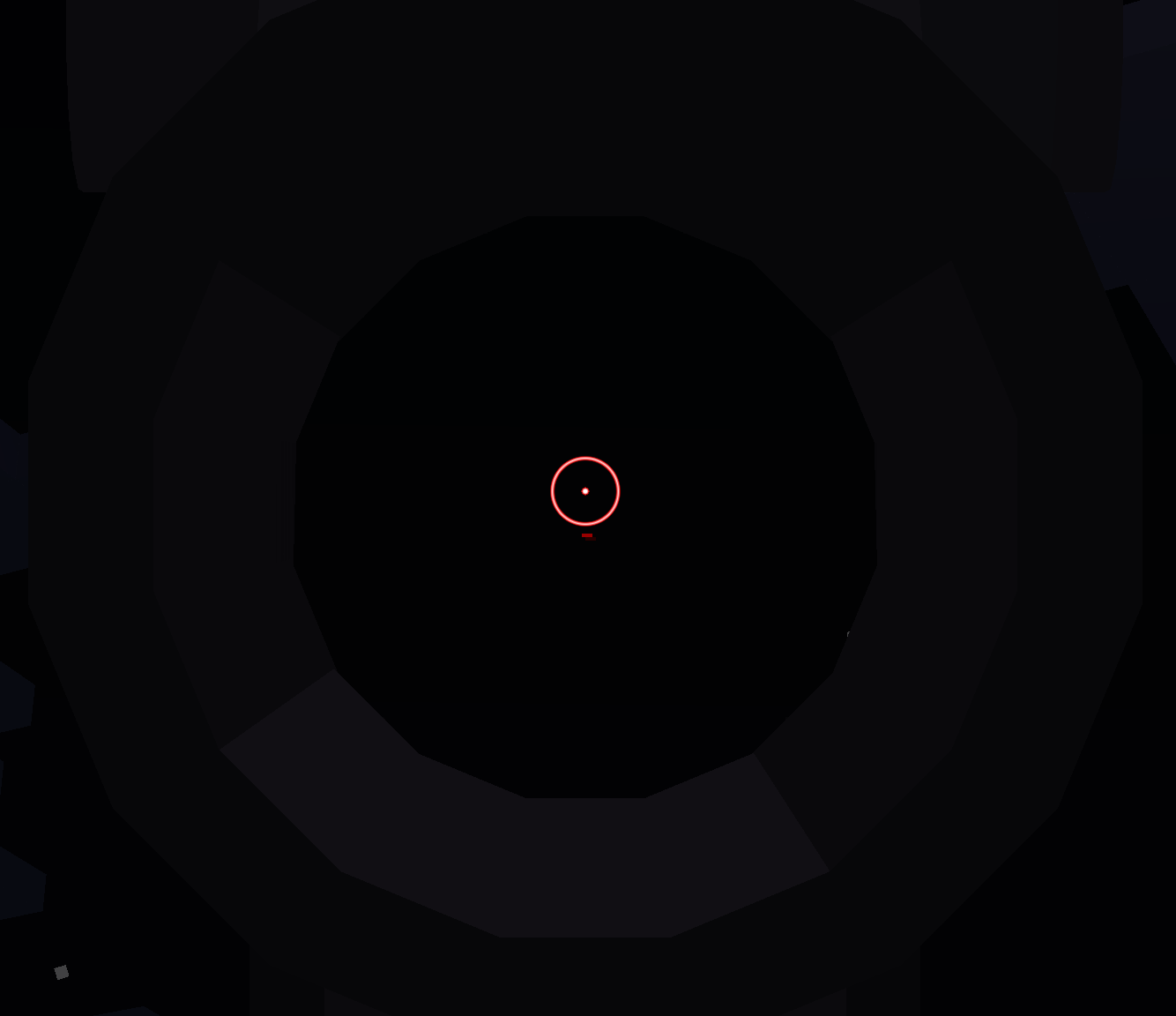 As decided by a Discord vote, the SR-25 and P250 have been returned to the roster of weapons at GunColony! They have both also received new models and balance changes. 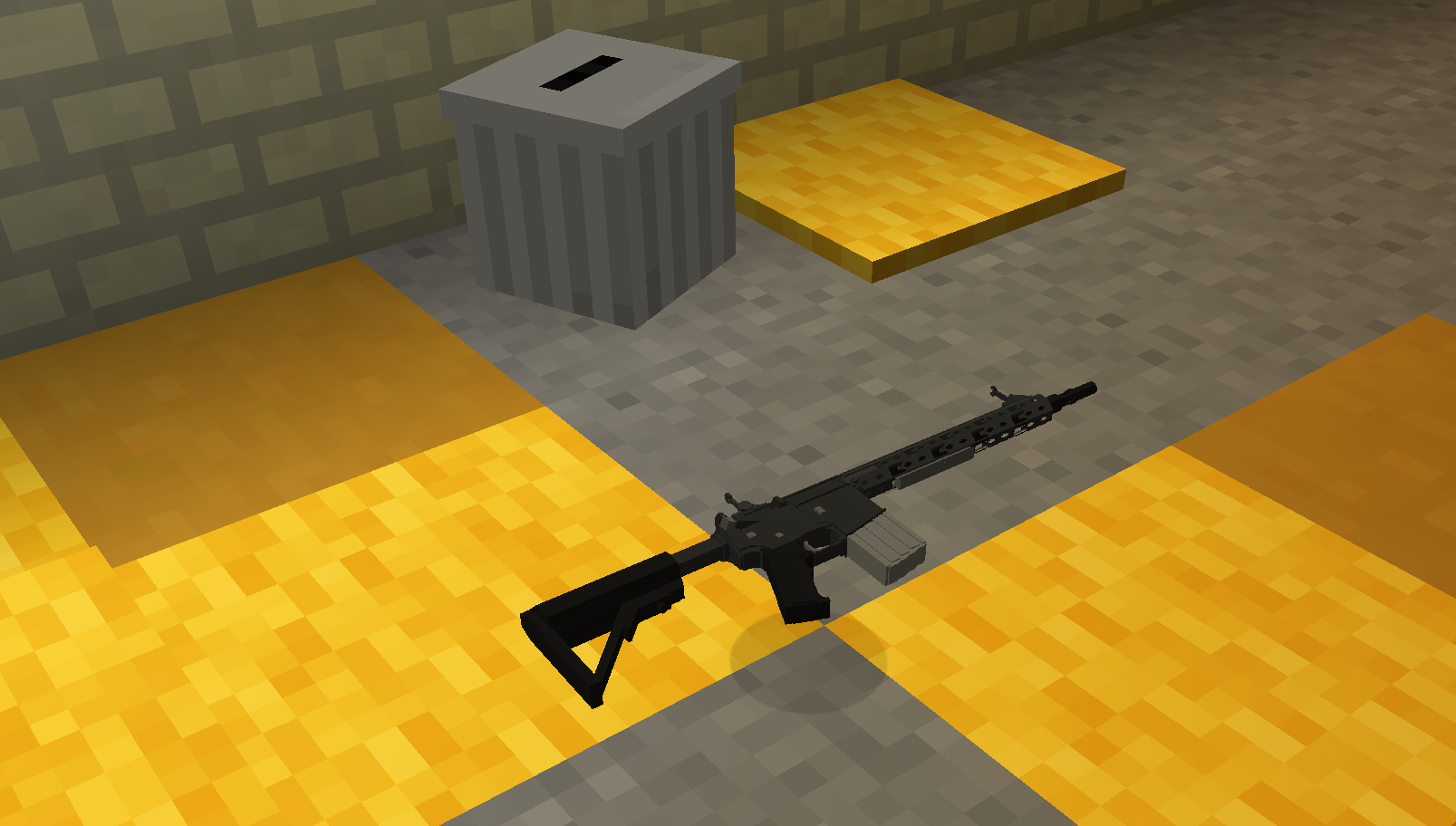 The SR-25 is the fastest-handling 7.62mm battle rifle, bridging the gap between the M1 Garand and the G3A3. While it is semi-auto, when compared to the DMRs, the SR-25 does not suffer from flinch and is cheaper to purchase. 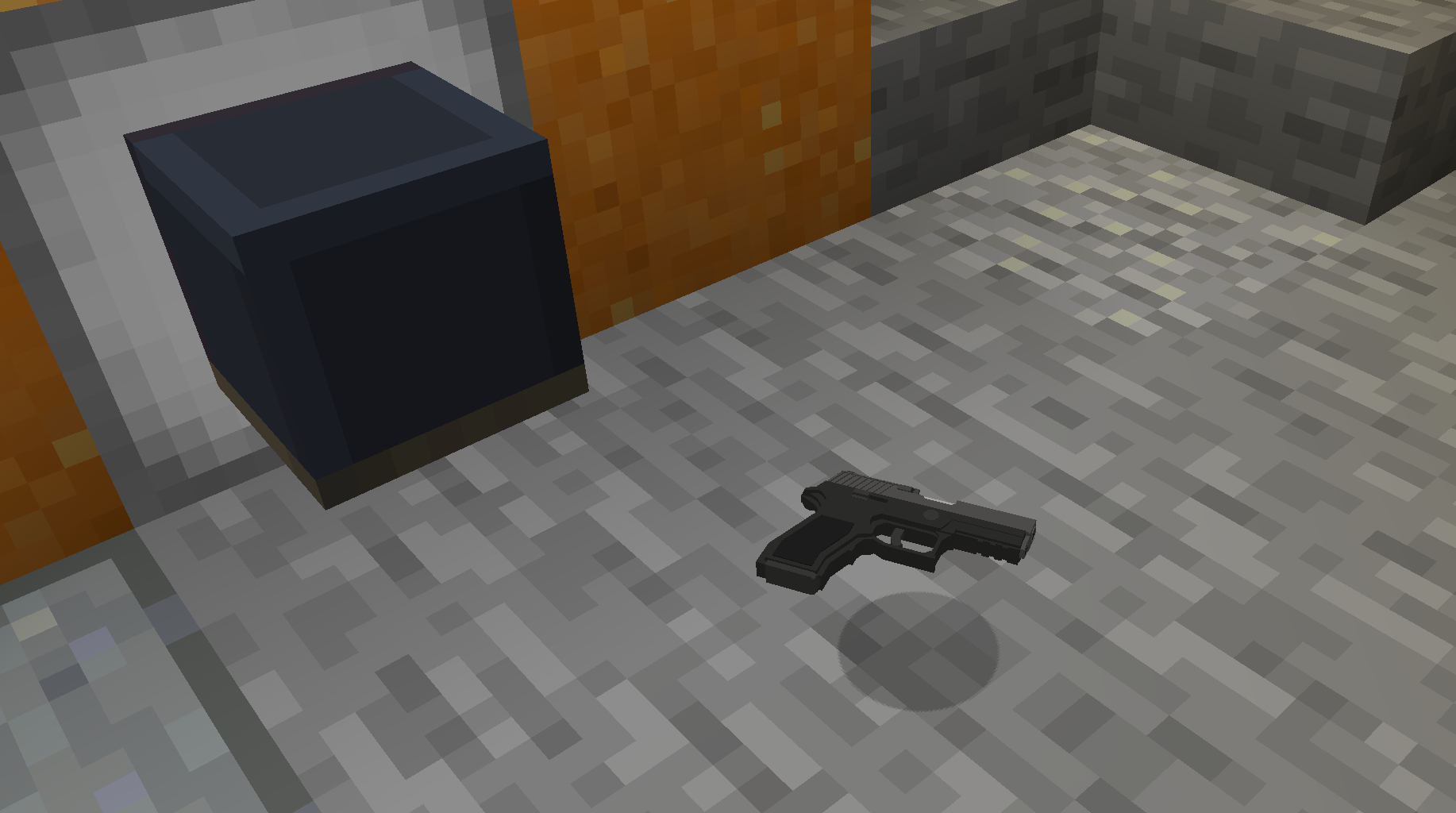 The P250 fires the unique .357 SIG caliber with excellent damage range but relatively high recoil. Its headshot multiplier has been slightly buffed compared to before and it now gains the ability to kill enemies in one headshot and one body shot up close.

Expect more weapons to return rapidly (every few days) from now on. Not every one will appear in the changelogs.

Like PVP, we have updated the shop in Mob-Arena, adjusting the price of items and removing redundant options to leave a more reasonable number of choices for players. 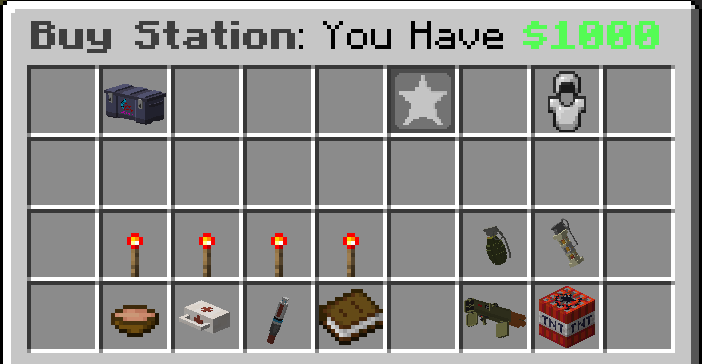 In addition, picking up ammo will now refill ammo for all of your weapons, and you no longer need to be holding a specific weapon to pick up ammo. This is to retain the spirit of Mob-Arena as a horde mode where you don’t have to worry about ammo if you keep switching between multiple weapons and explosives (in a similar style to Doom).

In the last update we added a new sprint jump penalty. We felt that it solved some issues in the game but wasn’t polished enough.

A new and more polished Sprint-out Speed stat has been added to the game. It is currently affected by the Stippled Grip and 5mW Laser. We plan to make different weapons have different Sprint-out Speeds soon, but currently the base values are the same across a weapon category.

In return, and to make the game feel snappier overall, the base ADS time of all weapons has been decreased by 50-75ms. Also, the FOV change when aiming down sights has been made slightly faster.

We have added the God mutator back for a limited time, this time on the Juggernauts mode! It’s just Juggernauts with (near-) unlimited god apples. What could go wrong?

As communicated in May, we are committed to updating the server to newer Minecraft versions during this summer.

As such, this is the last resource pack update that will support 1.12. The next time the resource pack is updated, we will add custom UI and HUD via the Minecraft 1.13 custom fonts feature. This will be a massive improvement in quality and polish for GunColony, and allows us to once again push the boundaries of what is possible in Minecraft. However, when this update happens, the server will no longer support Minecraft 1.12.

If you are currently using Minecraft 1.12, updating to 1.13 has no downsides (as the minor ADS movement “lag” issue is not introduced yet and the sneaking behavior is the same as 1.12), so you may update to this version if you want. However, we greatly encourage you to update to 1.17 instead because the server as a whole will be updating to 1.17 later this summer. If the movement lag bothers you, you can use 1.16 for now and download the mod on our homepage to fix the issue. The mod will also be available on 1.17 soon.