We are proud to present our largest Mob-Arena update in 2019! This update completely changes how bosses target players and use their abilities. They are now much smarter and harder to cheese, can use 8 brand new boss skills, and the difficulty level of boss fights is now more consistent across different player counts. We also present many awesome additions to the PVP mode, including the addition of 4 new weapons, many new weapon remodels, and a global reduction in bullet stun which should discourage using CQB weapons at long range.

Apologies for the late update post. If you missed the chance to play the update early, don’t worry – the event map has been extended so it will now end next Sunday Nov. 17 instead of Nov. 10 as originally planned. 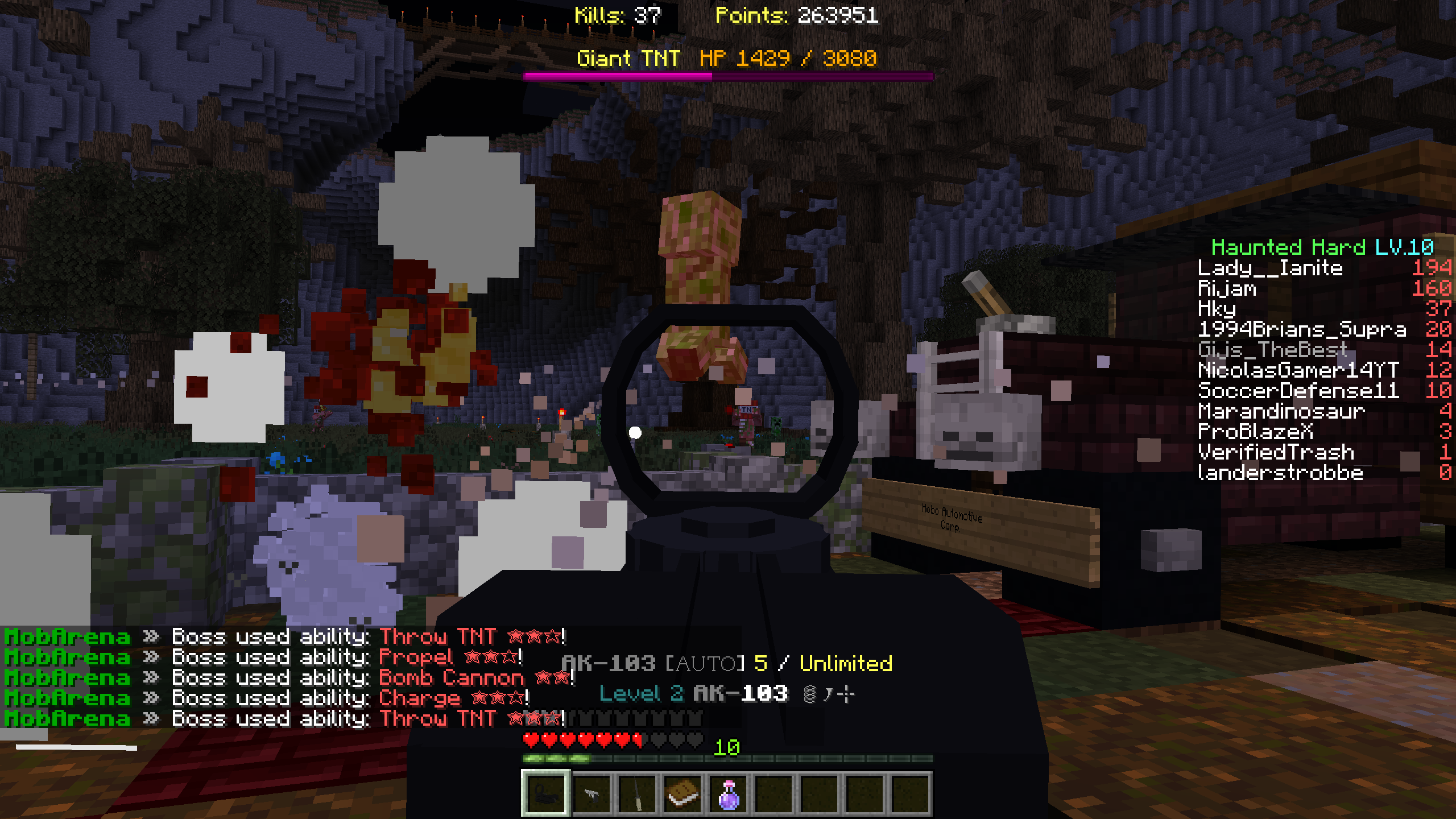 Haunted has been added as a limited-time Mob-Arena map with the most insane difficulty of any map so far! This map is best for 3-6 players.

Players must make an entrance into the Haunted House against its ferocious guards and inhabitants, and defend themselves from ambushes from monsters that reside in the upper floors. Once the house is cleared, players will be faced with a dangerous frontal attack filled with various special mobs. All of the bosses are greatly enhanced versions of the bosses on other maps!

This map has 12 Waves on Easy mode and 15 on Hard mode. We have made the map’s icon an Enchanted Golden Apple because the easy mode is still quite hard and deserves an enchantment glint in the map vote menu…

You can play this map as a limited event map until Sunday November 17th. 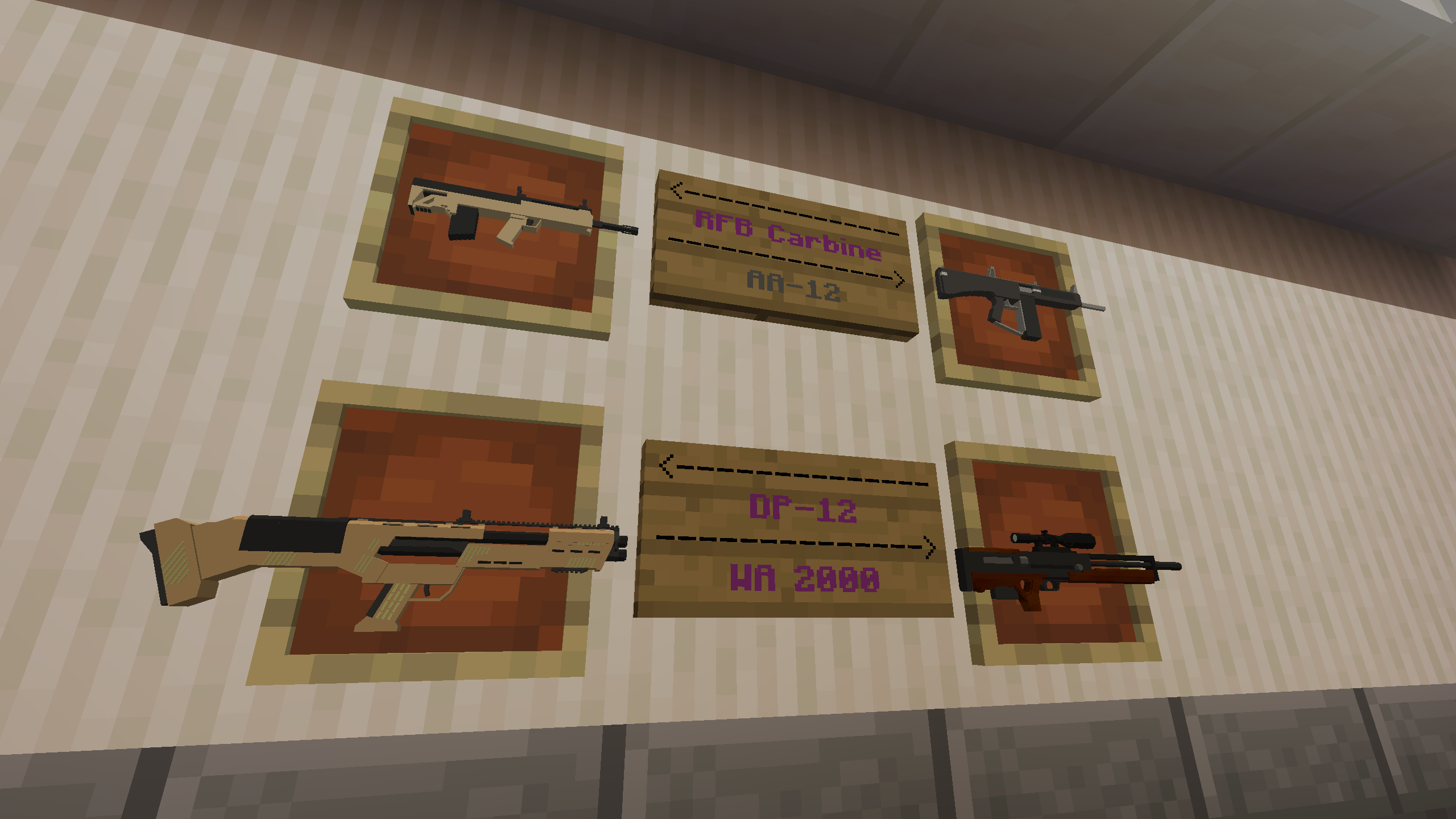 A semi-automatic bullpup carbine firing 7.62mm rounds. Battle rifle damage output with a low rate of fire and slow TTK, but due to its short barrel it is extremely maneuverable and has SMG-like mobile performance.

Fully-automatic shotgun with good range and high rate of fire. Very powerful at the trade off of an expensive price and extremely inconsistent recoil when firing full auto. Uses a stick magazine that holds 8 shells.

Modern pump-action shotgun with two barrels. Has a unique ability to fire two shells for every pump action performed, and a high ammo capacity of 14 rounds.

Semi-automatic sniper rifle firing .300 Winchester Magnum, which is much more powerful than conventional DMR cartridges. Has 1-shot-kill capability up to 50m to armored targets and can fire at a faster rate than bolt-action weapons. Has fairly poor handling similar to the AWM.