[2/27 Updates] Killing Monsters & Being a Monster

[2/27 Updates] Killing Monsters & Being a Monster

Today we have brought back an Alpha version of our popular Infected game, plus a change in the damage calculation method in Mob-Arena to make the gamemode more immersive and balanced. 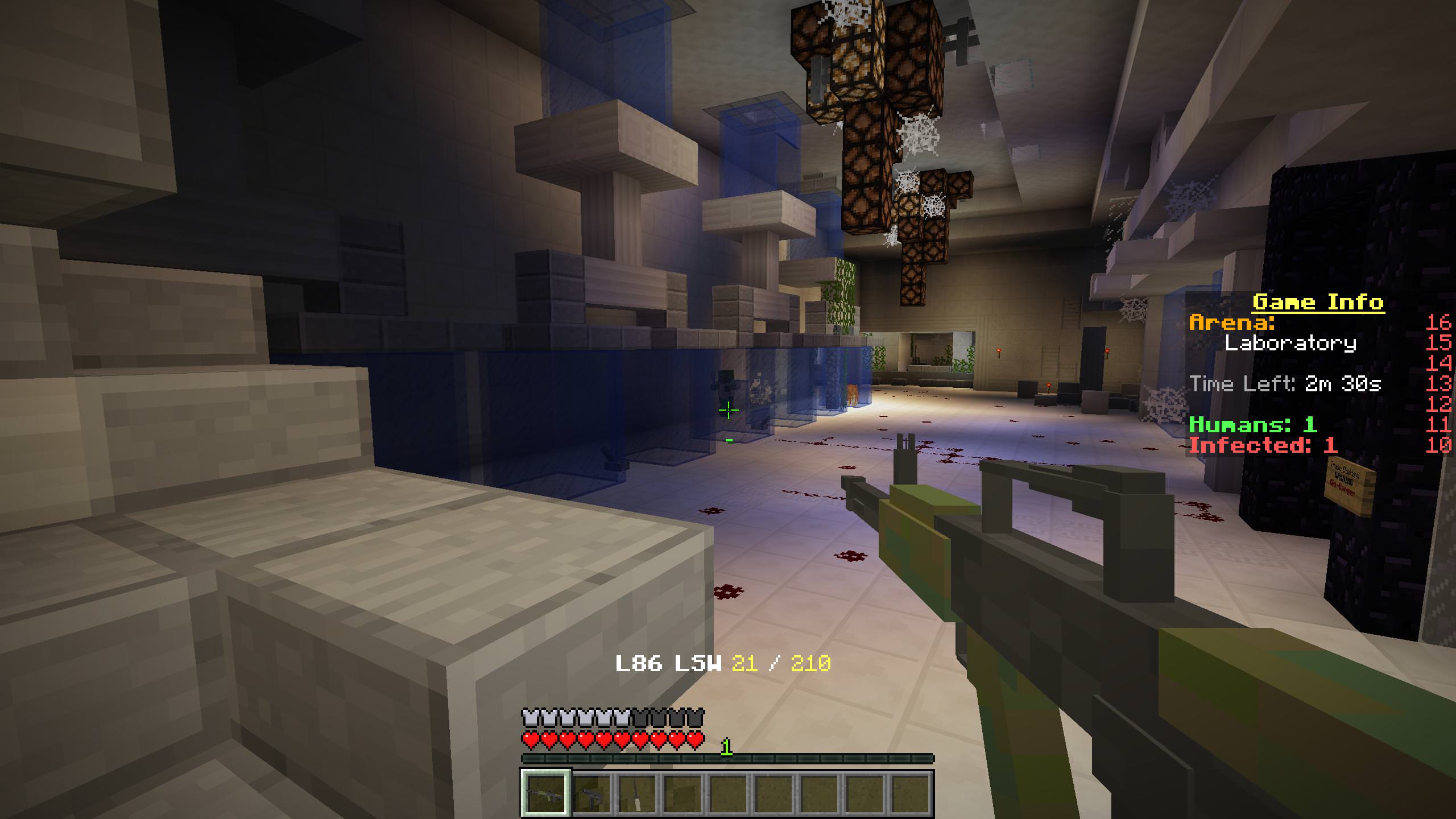 The Infected mode is finally BACK!

This is an alpha test of a reboot of the classic Infected mode launched approximately 2 years ago in GunColony. If you are familiar with the old mode, you will find most mechanics similar to before, but with Infected gadgets like zombie grenades temporarily unavailable (we will bring them back soon).

Most maps are the same as before, and playable under the same criteria. Enjoy the nostalgia playing in these familiar maps.

The classic Dust II map also received a different, more connected layout in Infected mode to give a fresh feeling and extra challenge. Major defensive positions after the revamp can be viewed in this album: https://imgur.com/a/H5Rar

The damage calculation in Mob-Arena has been changed. The old damage calculation involved using the vanilla damage algorithm but with armor penetrating weapons dealing bonus damage to armored mobs to simulate a defense-ignoring effect. This did not play out well, especially with Minecraft 1.9's new damage system.

The new damage calculation algorithm is completely custom and uses exponential decay to calculate the damage absorption of armor. It is calculated as follows:
OTHER CHANGES

Why not send a bunch quick moving trash mobs at the earlier waves of Mob-Arena and then suddenly put in the armored trash mobs later but at a reduced amount?

Turbo wrote: ↑
1 year ago
Why not send a bunch quick moving trash mobs at the earlier waves of Mob-Arena and then suddenly put in the armored trash mobs later but at a reduced amount?

We're planning on more themed mobs for different maps. For example Nether will spawn less zombies and creepers but still spawn pigmen, skeletons and wither skeletons, and Infection on the other hand would mainly spawn zombies and spiders. Depending on my mood I might or might not start to work on them soon. Making MA better is indeed important but some other features are just as important too.
Top

Anti dodge higher than snoop dog and pretty un balanced maps (like all of them) I'd say this is uhh..
"sry we only speak in memes" - Elias
Top

EliasWild wrote: ↑
1 year ago
Anti dodge higher than snoop dog and pretty un balanced maps (like all of them) I'd say this is uhh..

This is pretty much the problem of Infected in itself. Matches with fewer zombies will result in zombies not being able to infect any humans at all. But if I nerf the human campspots or buff the zombies, whenever there are more zombies in the map, they win too easily. I can't fix that and I only added Infected back because you all wanted me to.
Top
Post Reply
5 posts • Page 1 of 1